The OnePlus 9 series models were announced just recently. So it’s logical the online stores will reduce the prices of the existing models in order to free space for the upcoming handsets. Moreover, the new Xiaomi Mi 11 Pro line handsets will hit the market on March 19. So the current models should be discounted as well, otherwise, they won’t be able to make competition. Banggood realizes this very well. And it has already launched an interesting campaign offering OnePlus, Xiaomi (Redmi and POCO) and Asus phones at discounted prices.

Get The Best Xiaomi Deals

As you know, OnePlus launches two flagship series – one for the first half of the year and the another for the second half. In this regard, the OP9 is a flagship line for the first half of 2021. Thus, you can get your hands on the OnePlus 8 and Pro smartphones for discounted prices now. After using the coupon (code: BG3SSYB88), you can acquire the OP8 5G Global version for only $489. If you don’t manage to use it in time, there is another coupon (code: BG3SSYB8P8) that will allows you to buy this phone for $659.

However, if you want to buy the Pro model, there is another coupon (code: BGSSYB8P12). Once applied, the OnePlus 8 Pro will become available for $749.

The latest version of the Mijia sneakers are now available for $53.99. You have to use the coupon (code: BGMJM3) to get them for this price. Moreover, if you like sports, the first-gen Xiaomi Mijia walking pad can be yours for $429.99 (code: BGMJWP3). 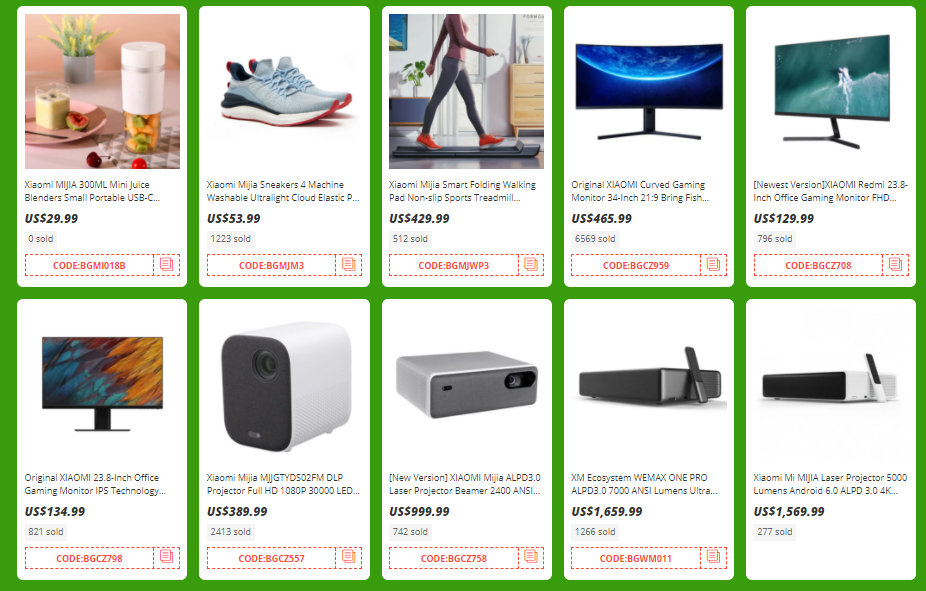 As for smart home appliances, there are tons of useful products offered for hugely discounted prices. But we have separated a few products.

Say, one of the best products coming our way from Mijia is the foaming soap dispenser that now costs $17.99 (code: BGSOAPCZCN). Another quite useful product is the Smartmi multifunctional smart toilet seat, which now costs $179.99 after applying the coupon (code: BGSMTMICN). 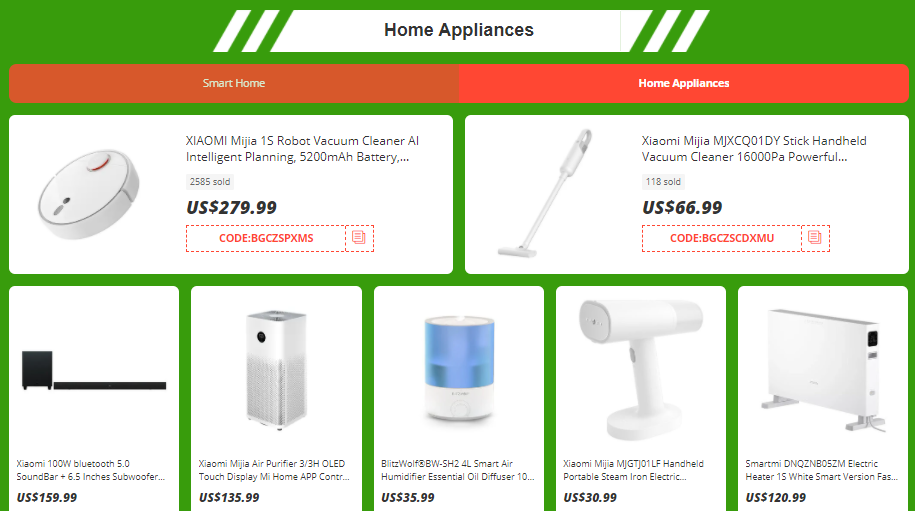 Moreover, we also found that the much-popular Mijia sweeping robot 1S is available for $279.99 (code: BGCZSPXMS). But if you prefer handheld vacuum cleaner, there is a coupon (code: BGCZSCDXMU) for the Mijia handheld cleaner to get for $66.99.

At last, we would like to introduce the Xiaomi 100W soundbar, which also comes with a 6.5-inch subwoofer. Now, it costs $159.99 if using the coupon (code: BGCZDERXM).