MIUI (pronunciation: Me You I) is a heavily modified Android ROM developed by Chinese electronics manufacturer Xiaomi for its smartphones. This is a fork of the Android OS. MIUI includes various features such as theme support. There are different versions for each Xiaomi phone, and the latest version is MIUI 12.5. And iOS (formerly iPhone OS) is a mobile operating system created and developed by Apple Inc. exclusively for its hardware. It is the operating system that powers many of the company’s mobile devices, including the iPhone and iPod Touch. The last version of iOS is iOS 14.5. So, as you have already guessed, today’s article is about MIUI 12.5 and iOS 14.5.

The first and very significant improvement of MIUI 12.5 is not only the optimized design, but especially the speed of the MIUI environment itself. Optimizing the new environment will ensure less CPU load on system applications by up to 22% and batteries by up to 15%. With this move, the developers achieved more free performance for other processes, which significantly speeds up the entire operation of the system and longer battery life per charge.

Animations and gestures in the system have also taken a step forward. You can still choose to display the application dock or the standard Xiaomi control buttons, but the animations and control gestures are really fast and hassle-free after optimization. So you no longer have to worry about using them.

New super wallpapers are a very impressive visual improvement in terms of design. The first moving wallpapers in several versions have already appeared in the MIUI 12 system. These wallpapers are characterized by sophisticated animations both on the lock screen and on the home screen. And thanks to the optimization of the MIUI 12.5 system, they are even faster and smoother.

A novelty in the new version also comes in the field of audio and haptics. It is these two functions that enhance the multimedia, but especially the gaming experience of use. Improved vibrations can now be set in detail in the settings in the Sound and Touch section. You can choose the level of tactile response, as well as the type of vibration.

According to the manufacturer, these improvements should also help visually impaired users to better understand the content on the smartphone and the connection between the touch and power components. All of these sounds are designed for stereo effects and dual speakers. We have to state that notifications or an alarm clock of animal sounds is a really interesting experience, especially on Harman/Kardon brand speakers.

The Chinese manufacturer also thinks about privacy. The most important improvement that you will appreciate in our region is the ability to limit the tracking of the exact position of your device. 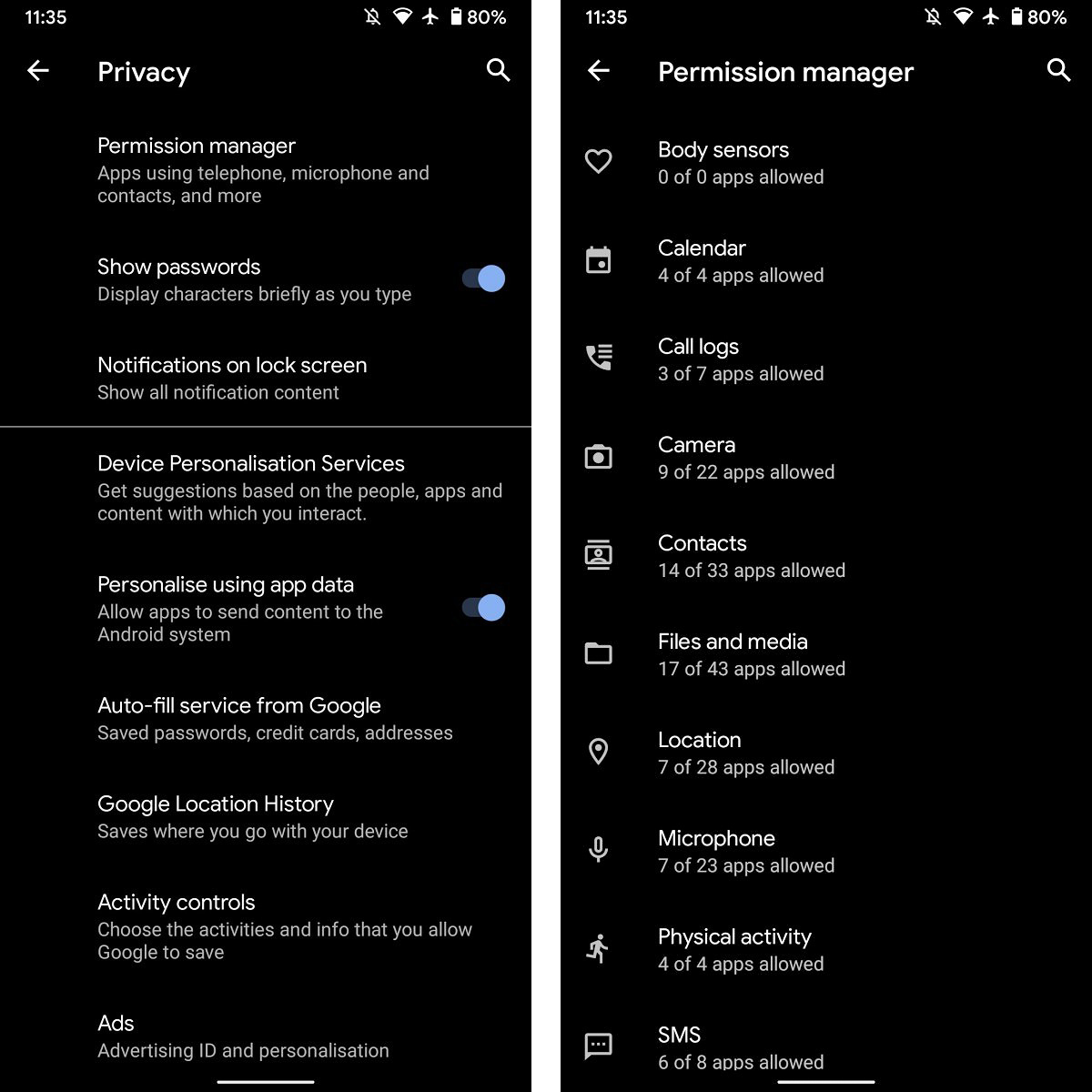 If the selected application (for example, Weather) asks you for permission to track your location, you can choose between a specific location (with a deviation of only a few meters) or an approximate location where the device does not know exactly the details of your location or floor. There is also the option to disable position monitoring or monitoring only when using the application.

Xiaomi also brings an extension to the Mi Browser, which will block selected sites to prevent data theft. There is also a blocking of pop-ups known from the past. The Xiaomi App Store will also receive a filter for detecting malicious content and preventing the protection of sensitive data from MIUI version 12.5.

Chinese manufacturer Xiaomi has also officially announced supported devices for the official upgrade to MIUI 12.5. Understandably, the first wave includes current flagship smartphones such as the Xiaomi Mi 11, but in the next waves we also expect older smartphones, and this list is to continue to expand. 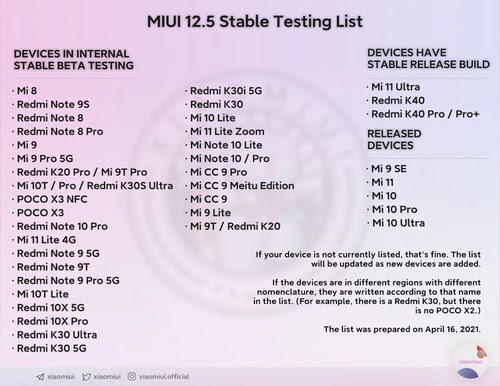 Apple has finally released iOS 14.5 after a protracted beta testing period. This is one of the bigger point-release updates we’ve seen, adding the ability to unlock your iPhone with your Apple Watch, AirTags support, AirPlay support for Fitness+, and the long-awaited App Tracking Transparency feature. Apple released the first developer beta on February 1, but the public beta did not follow immediately after, instead landing on February 4 after a second build for developers. The final release to the general public didn’t follow until April 26. Here are all the major new features of the update.

Face ID is great, but the constant mask-wearing of the COVID-19 global pandemic has exposed an obvious flaw—it doesn’t work when half your face is covered up. With iOS 14.5 (and watchOS 7.4), you have the option to make your iPhone work like your Mac does, and automatically unlock when you’re wearing an unlocked Apple Watch. 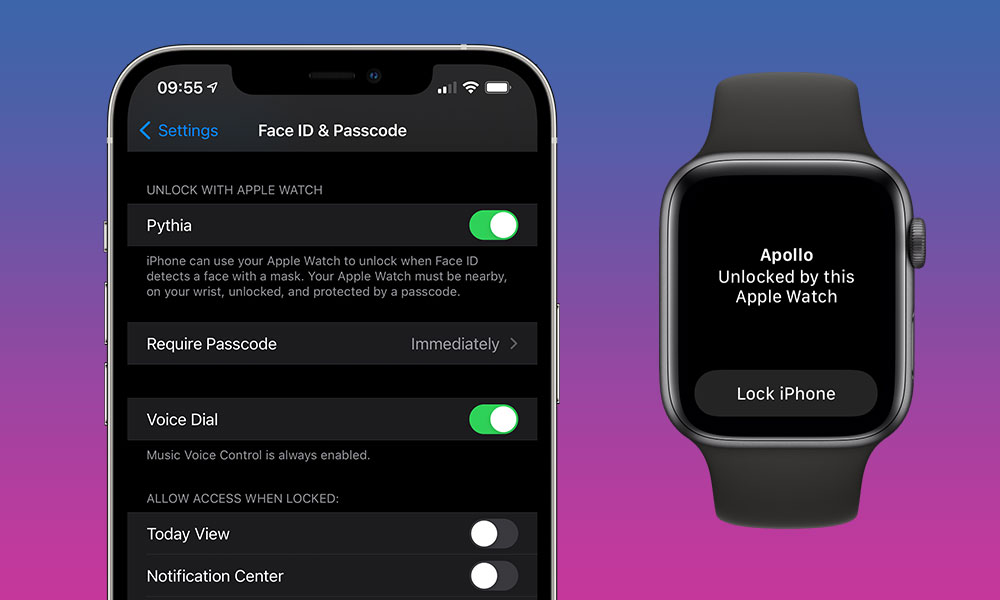 To use this feature, go to Settings > Face ID & Passcode and enable the Unlock with Apple Watch toggle. You’ll have to be wearing your Apple Watch which must be unlocked and protected with a passcode. Then, when Face ID sees you’re wearing a mask, it will unlock with your Apple Watch. You’ll feel a quick double-tap on the watch haptics and see a message on your iPhone screen that says “Unlocking with Apple Watch.” It all happens quickly and seamlessly.

As part of its ongoing commitment to diversity, Apple will no longer default Siri to the usual female voice. Instead, users will be prompted to select one of Siri’s voices during setup. Apple has created two new American English voices as well, for a total of four. You can change your Siri voice at any time by going to Settings > Siri & Search > Siri Voice. Prior to iOS 14.5 beta 6, the options for American English were Male and Female. You now have Voice 1, Voice 2, Voice 3, and Voice 4. 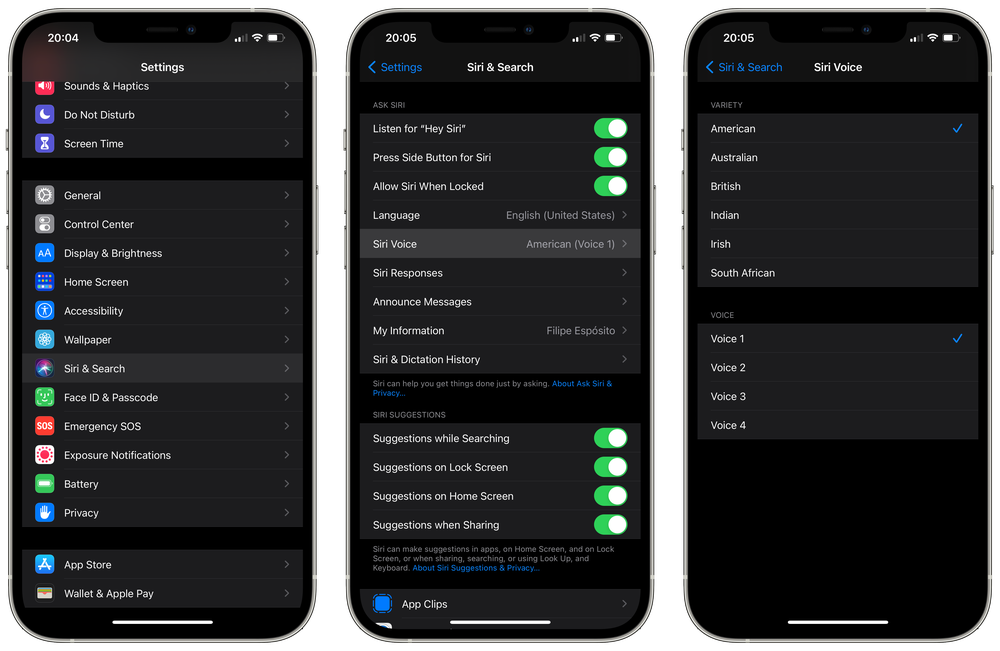 This version of iOS will lay the groundwork for Apple’s long-advertised App Tracking Transparency feature. Simply put, your iPhone will now require applications to ask for permission (through a standard iOS prompt) whenever they want to track your activities outside the app, such as across other apps or websites. Most users are unaware that many apps even do this. Apple is not blocking the practice, merely requiring informed consent just as it does for, say, location access. 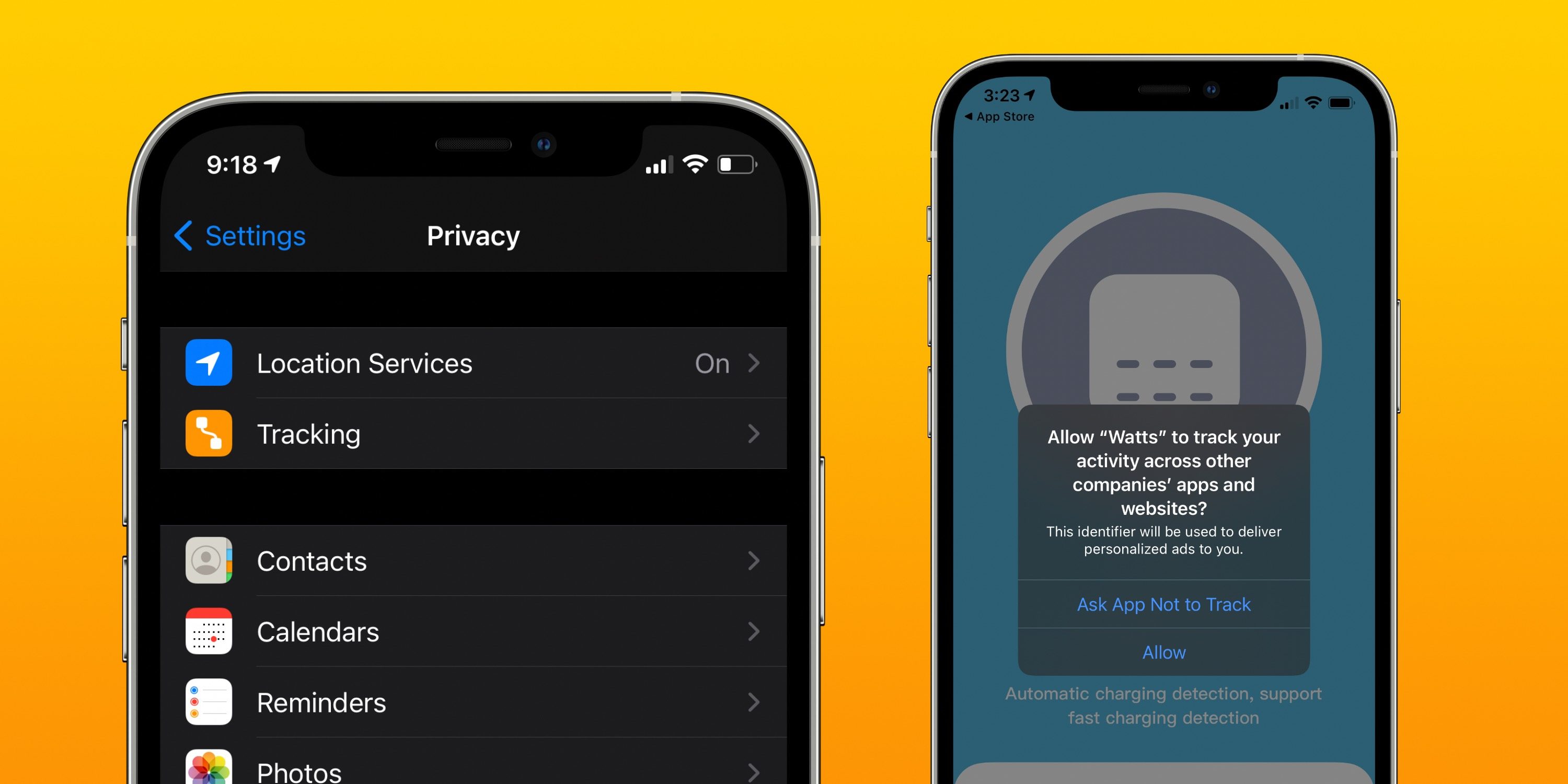 The Music app gets a lot of small design changes, including the ability to swipe left or right on tracks to add tracks to them to the current song list, download, or add to your library. There are new popover menus all over the place, and you have the ability to long-press on the real-time lyrics to share them over social media (like Instagram stories) or via iMessage.

Apple added a bunch of new Emojis back in iOS 14.2, but there are over 200 introduced in iOS 14.5. They come from the Emoji version 13.1 list approved by the Unicode consortium last year. Most of the 200 emojis are various combinations of skin tones. 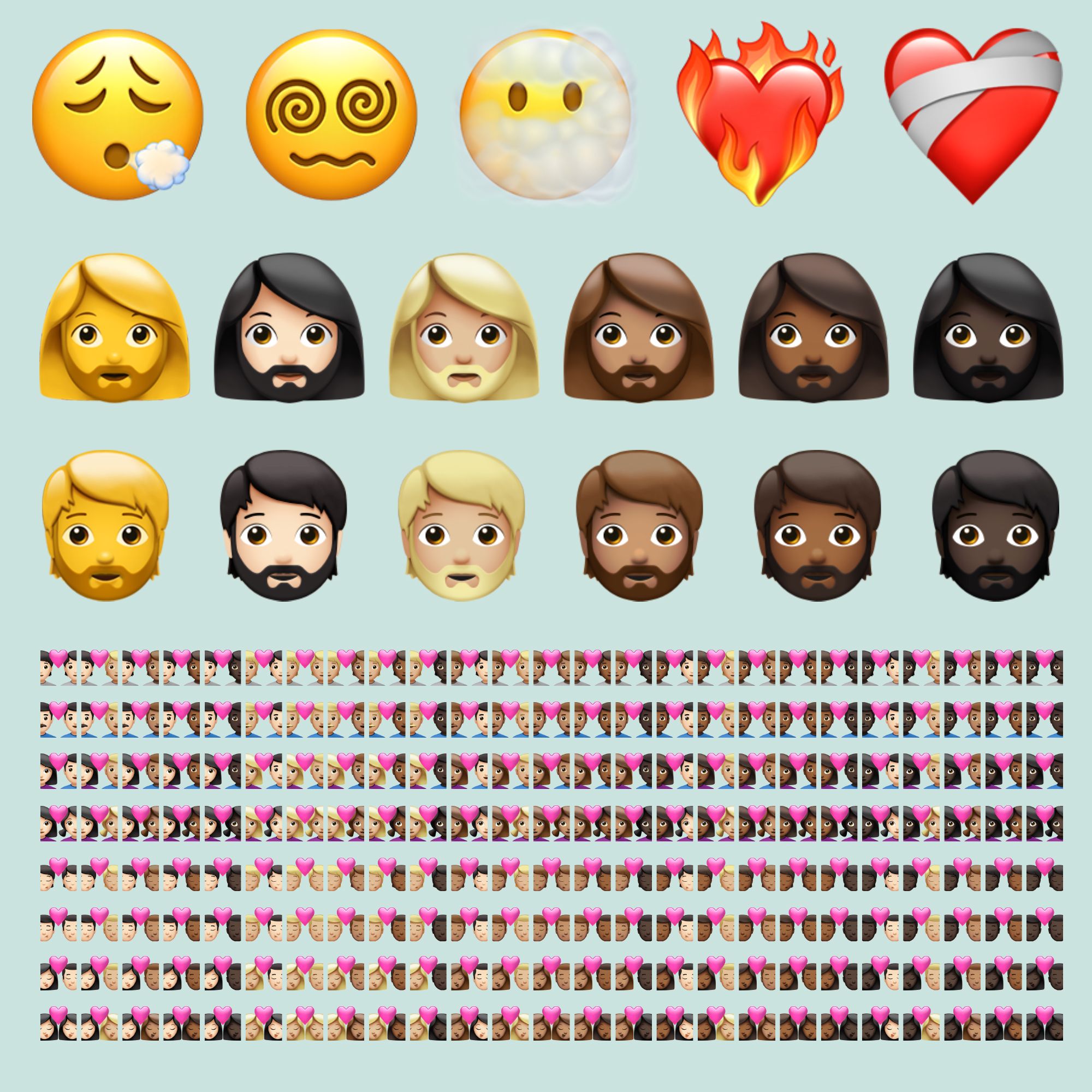 If you have an iPhone 12 and make use of dual-sim mode, both connections will be limited to 4G LTE (except in mainland China, where the SIM used for data will support 5G). In iOS 14.5, 5G is now supported on the data connection when you use dual-SIM mode.

You can finally sync your Xbox Series X/S or PlayStation 5 game controller to your iPhone or iPad.

So, today’s article that’s much, hope we were able to introduce you to MIUI 12.5 and iOS 14.5 features in the best possible way and hope you like it. You can tell us what operation system you use iOS or MIUI or another one. Which one do you like the most? Or if you have any suggestions, the comment section is below,  we are waiting for your offers.