A few days ago, at the MIX 4 conference, Xiaomi officially launched the MIUI 12.5 enhanced version system. Although the version number is still 12.5, it is no less than a major version upgrade. The official said its main feature is improved fluency and lower power consumption.

The content of the conference also made users look forward to the launch of the system. But until yesterday, no user reported about getting this update.

Today, fortunately, many users said that Xiaomi has finally started pushing the MIUI 12.5 enhanced version. At present, many models such as the Xiaomi MIX 4, Xiaomi Mi 11 Ultra, and Redmi K40 have been upgraded. Their owners prove the fluency is comparable to that of iOS.

Among them, liquid storage can monitor the degree of fragmentation with high sensitivity, and the efficiency of defragmentation can be increased by 60%. The Xiaomi Mi 11 Pro laboratory simulation test shows that the reading and writing attenuation is less than 5% after 36 months of use, and the mobile phone is as smooth as ever.

Atomic memory is a kind of ultra-fine memory management that splits application memory, gives priority to ending unimportant tasks, and refines and compresses memory usage. Taking the Xiaomi Mi 10 Ultra as an example, the back-end residency capacity has increased by 64%.

The third feature accelerates 51 core scenes, prioritizes the most obvious processes perceived by the current user according to the scenes, and suppresses unimportant applications in the background. According to the actual measurement of multiple models, the CPU usage rate has dropped by an average of 15%, and the power consumption has been saved by an average of 8%.

Intelligent balance will automatically make the top hardware run in a balanced comfort zone most of the time according to the scene. Take the Xiaomi Mi 11 as an example, the average power consumption drops by 10%. 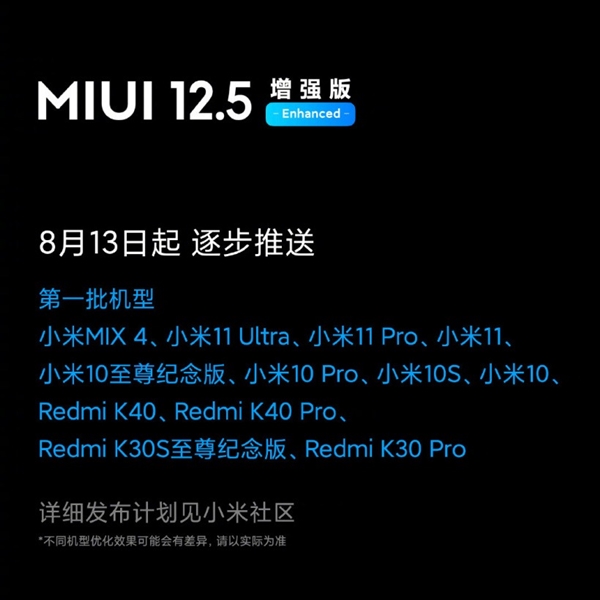