In a couple of days, Xiaomi will start a new crowdfunding project for its new rice cooker. The new product is called the Mijia Smart Rice Cooker 3L and it will go on the crowdfunding on July 21, with a crowdfunding price of 449 yuan ($69) and a retail price of 499 yuan ($77).

The Mijia Smart Rice Cooker 3L adopts a minimalist design, with a small round black screen on the top. The latter can provide large and clear characters. So interacting with the product will be much easier. Also, it adopts a 3mm thick base material liner. The surface is sprayed with a new generation of Daikin PFA powder non-stick coating. Using IH surrounding heating technology, coming with a spherical pressure accumulating valve design, the rice can be finely pressed to make it more fragrant and sweet. 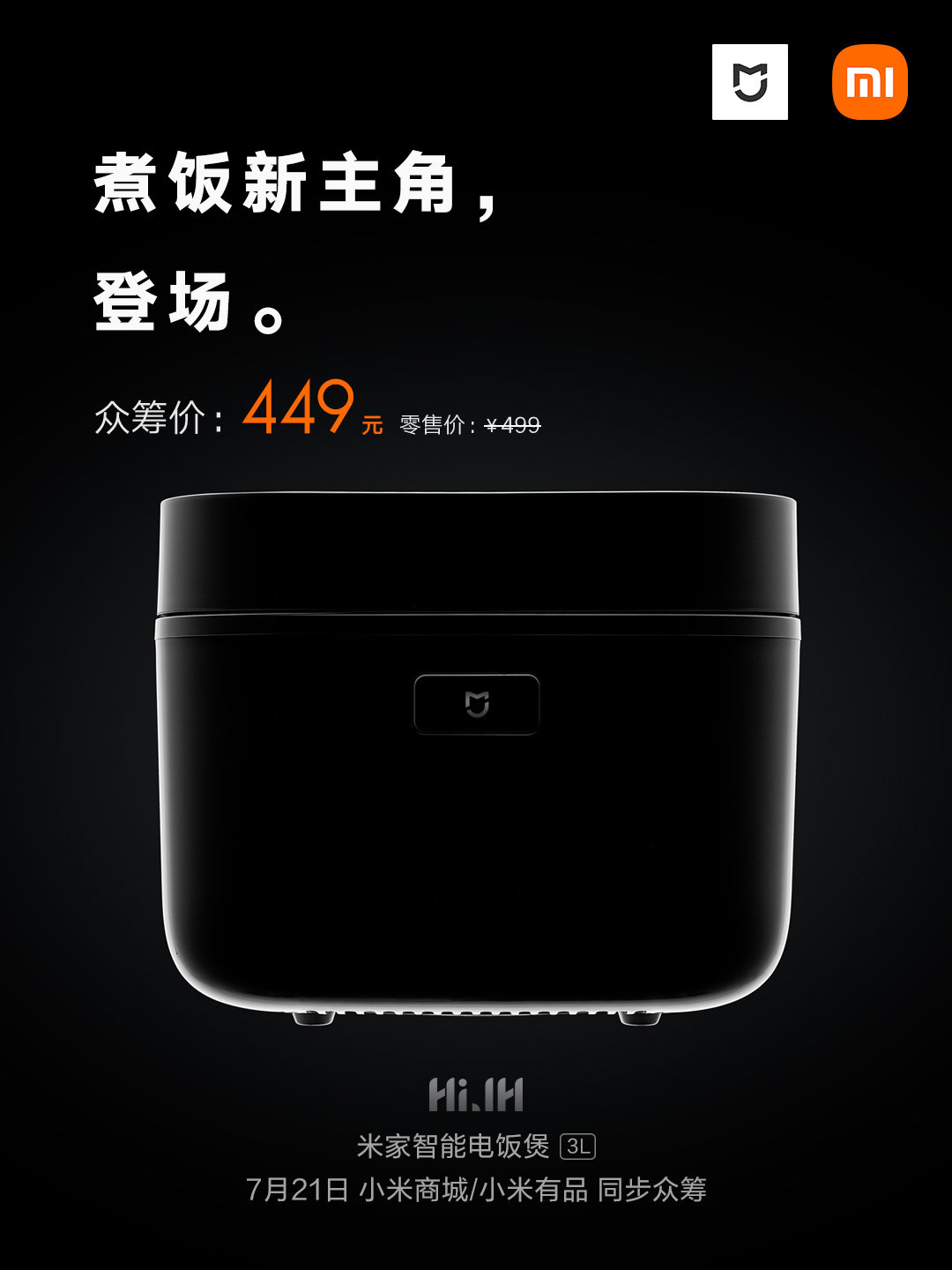 It is worth mentioning that the Mijia Smart Rice Cooker 3L also supports NFC, which can be used to quickly start smart kitchen scenes.