Earlier today, as scheduled, in addition to the Mi TV 6 Ultra, Xiaomi also brought the Mi TV ES 2022. It is available in three sizes of 55/65/75 inches, and positioned as a light-quality flagship designed for young users. 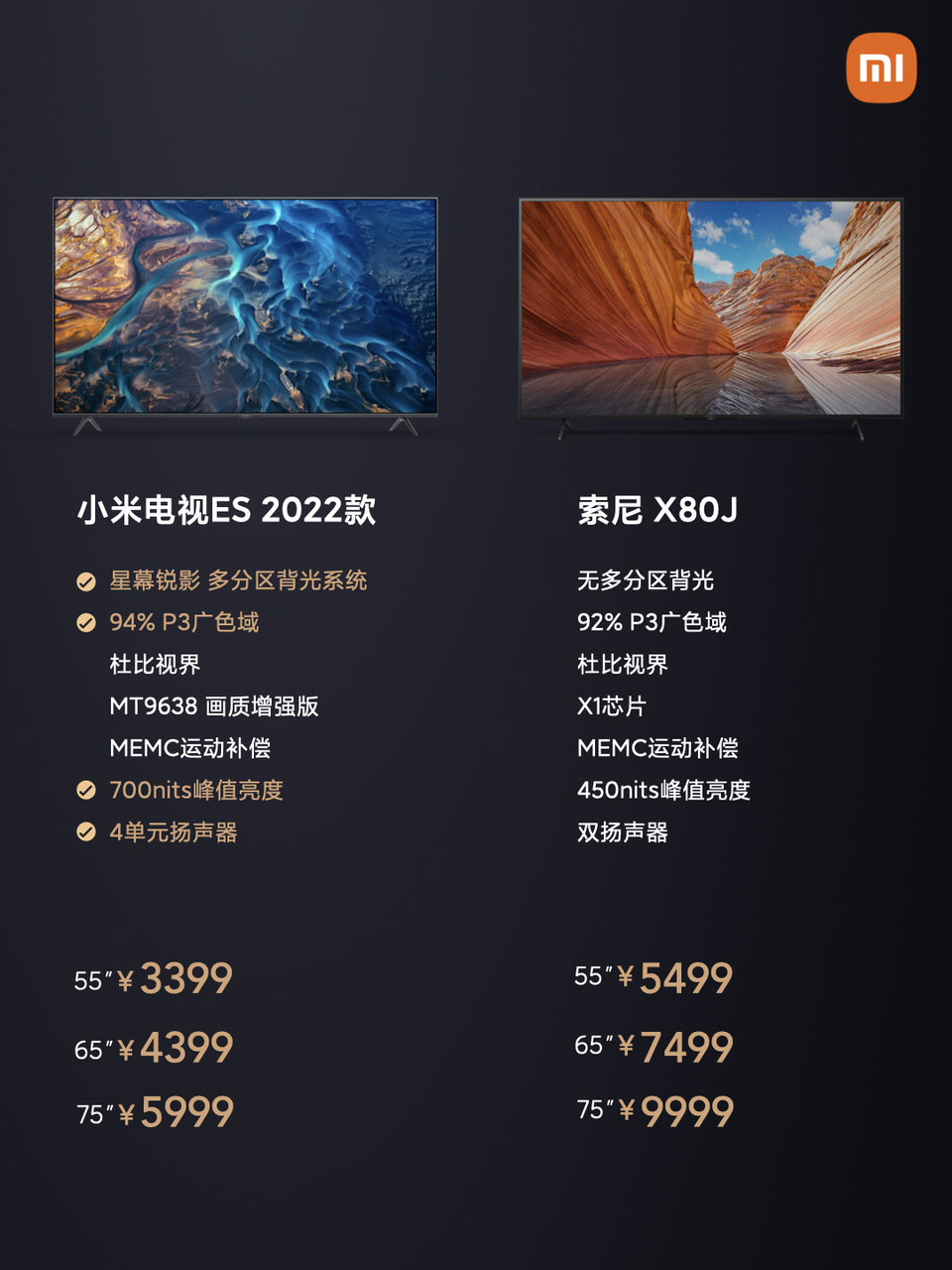 The 55-inch, 65-inch, and 75-inch Mi TV ES 2022 models use 32, 45, and 60 backlight zones, respectively. This direct-lit backlight with hardware-based light-controlling zones is a technology commonly used in high-end TVs, which can be significantly improve the black field light control ability of the TV, the detail performance of the picture, and make the visual perception more transparent. 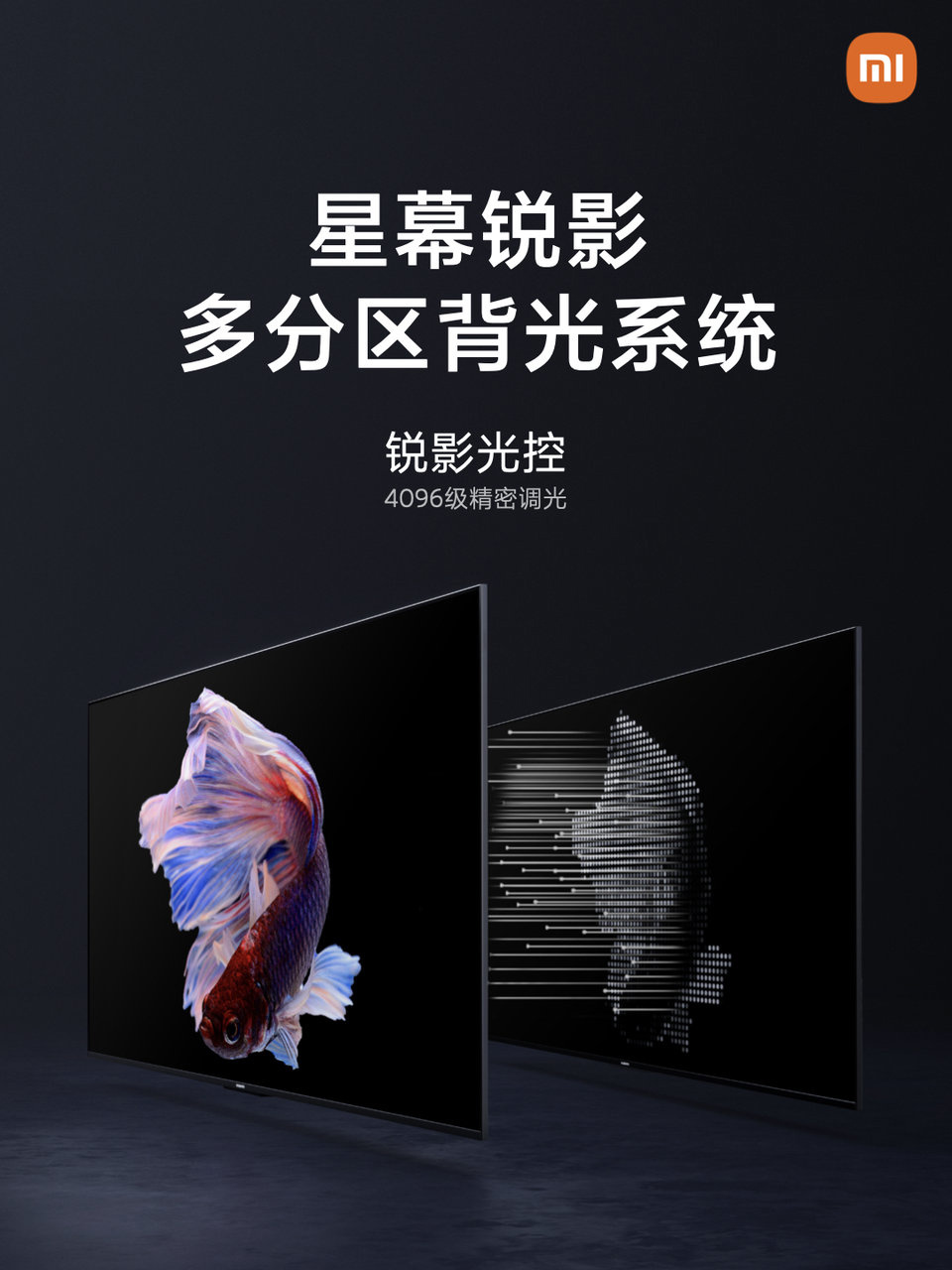 The peak brightness of the screen has reached 700nits, and the typical brightness has been increased to 400nits. With the sharp shadow light control technology, it can effectively improve the contrast of the screen. When watching a scene with a large light ratio, you can clearly perceive the level of the screen, with natural light and shadow, and brightness. The color accuracy reached the level of professional monitors of delta E 2, and it has 1.07 billion colors display effect. 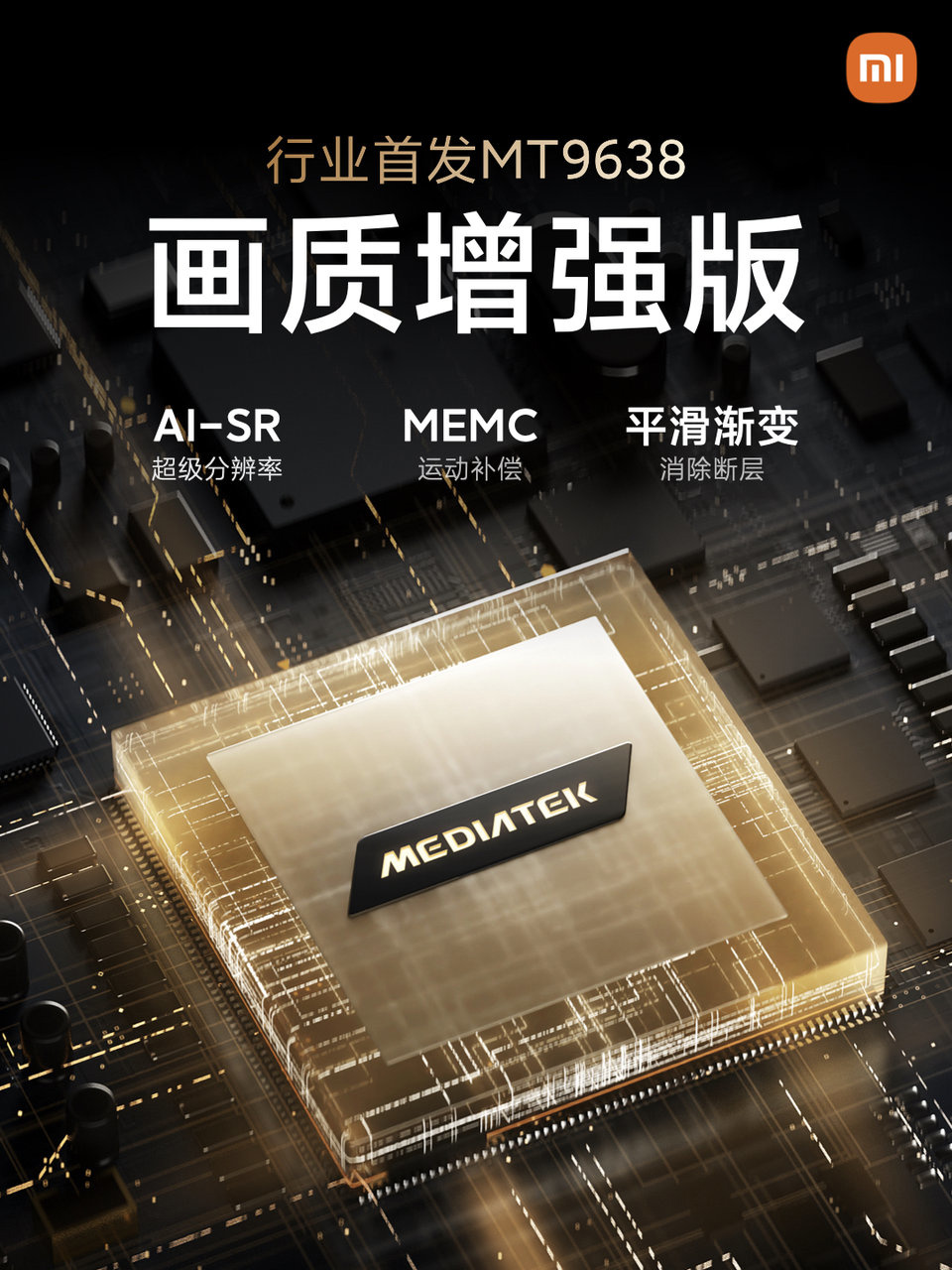 The chip has powerful AI computing power and uses super-resolution algorithms. Due to them, it can analyze the picture in real time, effectively reducing noise, greatly improving clarity, and low-resolution film sources can also achieve ultra-high-definition playback close to 4K. At the same time, it supports the MEMC motion compensation algorithm, which intelligently restores the low frame rate content to the high frame rate. 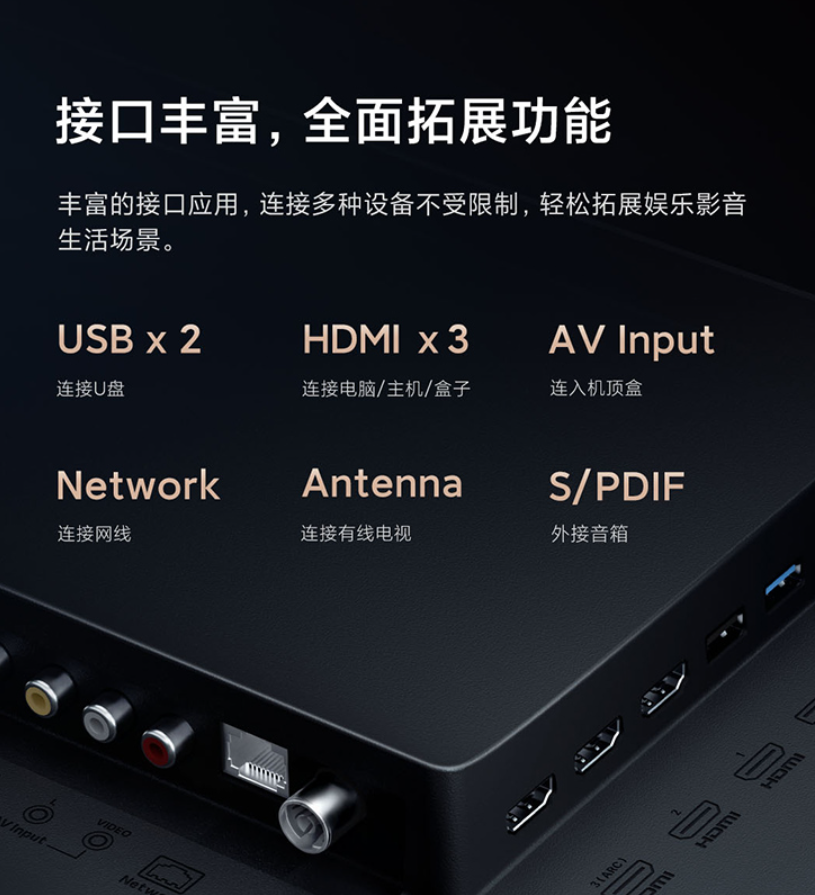 The sound system of the Mi TV ES 2022 is composed of a dual-channel 12.5W power four-unit speaker, which supports stereo playback. Each channel comes with low-frequency and high-frequency speakers separately to separate high-frequency human voices from low-frequency background sounds. In addition, Xiaomi TV ES 2022 also supports Dolby Vision, which can enhance the image effect by increasing the brightness and expanding the dynamic range. 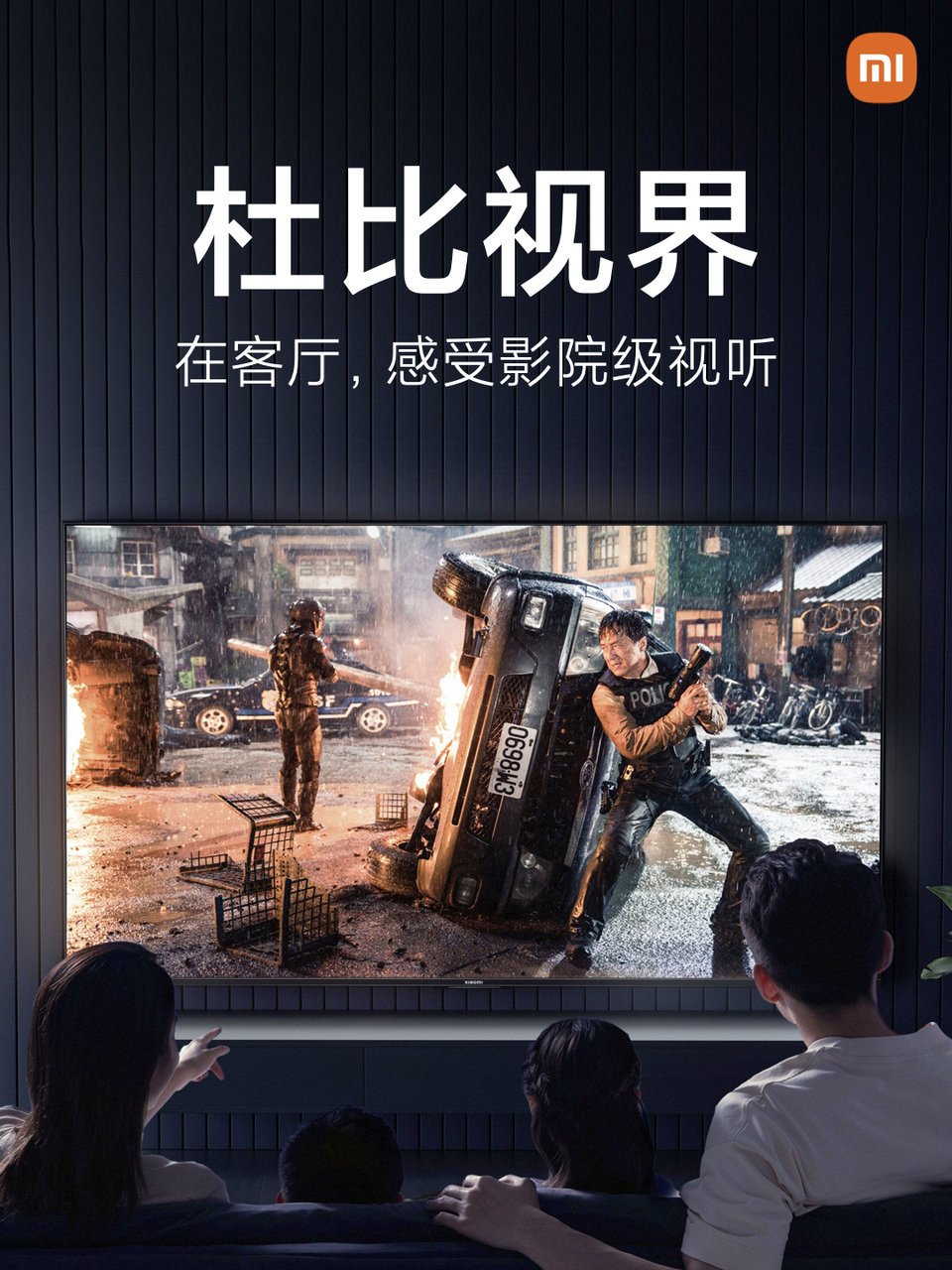 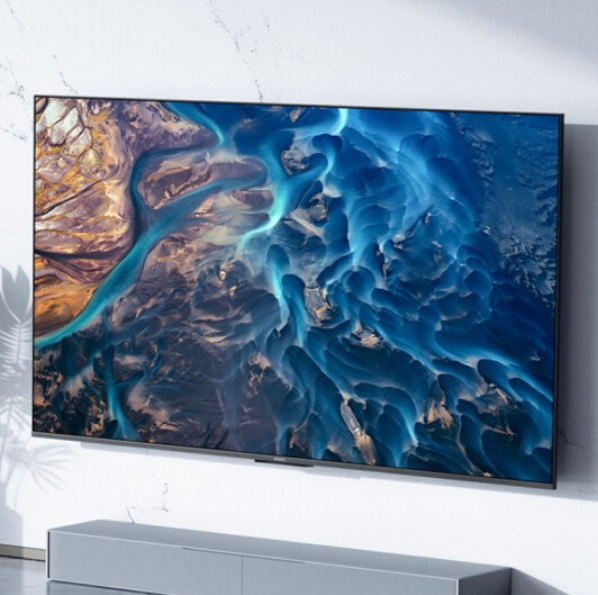 The Mi TV ES 2022 has a 97% screen-to-body ratio, all-metal frame, and a metal base with a balanced structure design, making the TV itself an industrial artwork. 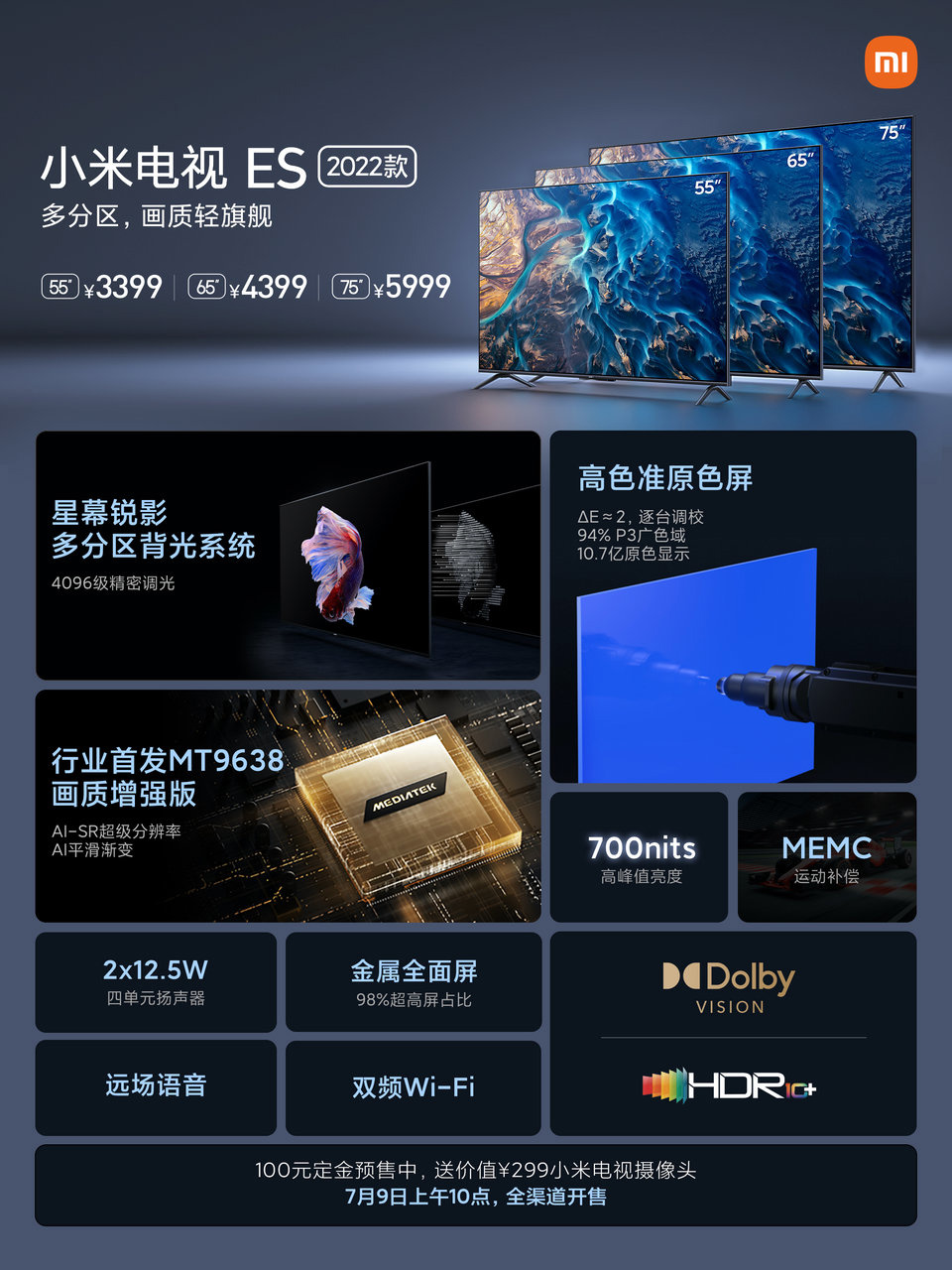