The second generation of Xiaomi OLED TVs will be released on August 10. Today, the company continued promoting this product.

According to Xiaomi, the second-generation Xiaomi OLED TV teamed up with NVIDIA for the first time and obtained the G-SYNC professional gaming certification. 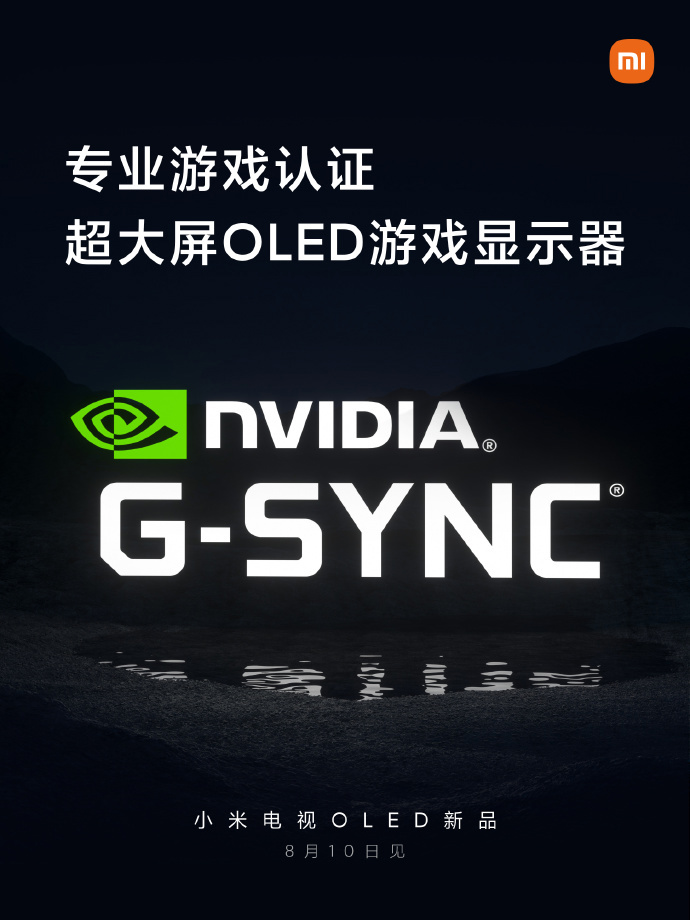 G-SYNC technology has a built-in chip in the monitor that can directly communicate with the GeForce hardware. This chip with its own cache can coordinate the data synchronization between the monitor and the GPU output buffer. Through the control of the G-SYNC chip, the refresh delay of the display will be exactly the same as the GPU frame output delay. The display that supports G-SYNC technology will automatically adjust the refresh rate according to the current performance level of the GPU, which is detected by the G-SYNC chip. When the GPU’s frame output delay is greater than 16ms, it will automatically extend the display’s refresh delay to avoid the visual stuttering caused by the traditional frame dropping problem.

Xiaomi’s first-generation OLED TV “Master 65-inch OLED” was officially released in July 2020. The initial price is 12,999 yuan ($2007), and the current price is 9,999 yuan ($1544). The second-generation Xiaomi OLED TV claims to define OLED TV once again, and the specific performance is worth looking forward to.