The new bit has doubled from 6 to 12, and it got a shadowless lamp. The battery life has also soared from 180 screws to 1,000 screws. The price is only 10 yuan higher, which is very cost-effective. 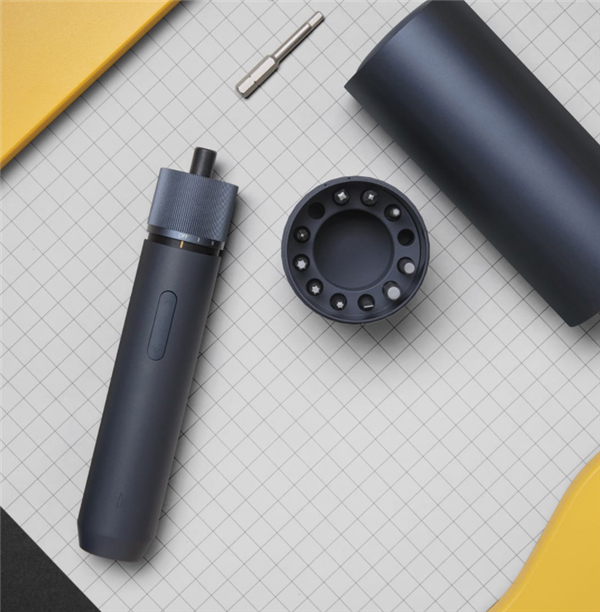 The small straight handle electric screwdriver adopts a one-piece screwless design, inner layer of high-strength plastic + outer layer of TPE soft rubber, double-layer non-slip handle, and weighs only 250g. There are both positive and negative keys. So users with zero experience can get started in one second.

In terms of performance, it comes with a high-speed strong magnetic motor + all-metal gearbox. The screwdriver has a stable output power, a motor speed of 220rpm, an electric mode maximum torque of 4N·m, and built-in 1500mAh battery. Due to its innovative torque adjustment knob, built-in smart chip to accurately control the third gear torque, it’s not easy to shift. The turning feel is crisp and clear. 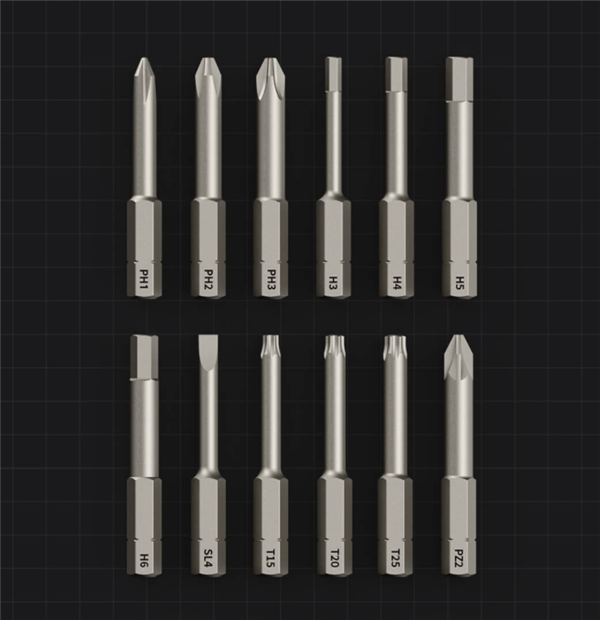 The 12 long bits are all made of S2 alloy steel, with a hardness of up to 60HRC. They also have an environmentally-friendly nickel surface plating, non-destructive occlusal accuracy while coming with an improved rust resistance.