This robot is equipped with a high-precision environmental perception system. 11 high-precision sensors throughout the body transmit information to the AI ​​brain in real time. At the same time, it has a bionic movement gait, which can follow instructions, recognize the owner, and follow the owner’s autonomous movement. 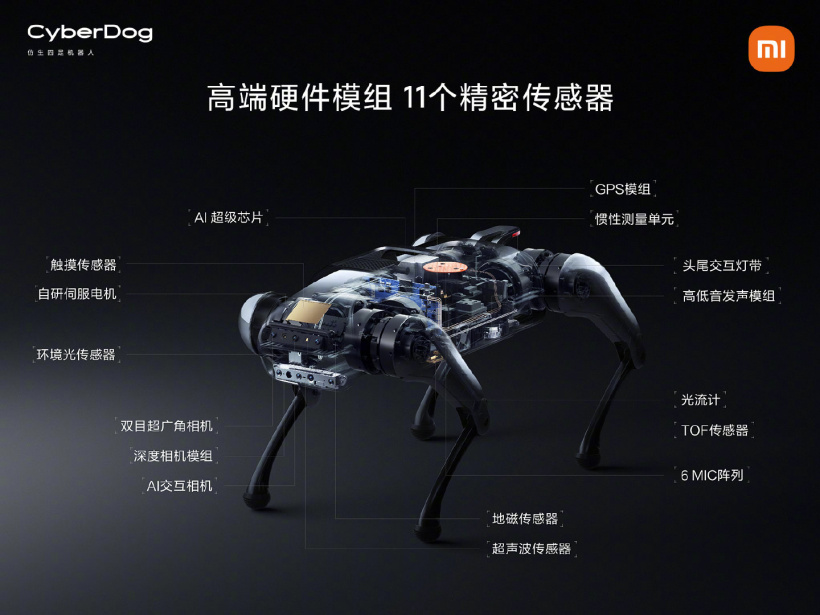 Therefore, the Xiaomi CyberDog quadruped robot can be “reconstructed” or “developed” on the original basis. For example, Xiaomi officially released a video today, demonstrating how to redesign its appearance in 30 days.

As for hardware, the CyberDog uses the NVIDIA Jetson Xavier NX platform. It works with AI algorithms. It uses 384 CUDA cores, 48 ​​tensor cores, 6 Carmel cores on the ARM architecture, as well as two engines that accelerate the processing of machine learning tasks. In addition, the machine has a 128GB solid state drive.

Our protagonist collects information around it through 11 high-precision sensors that provide feedback to the robot as it moves. The robot has touch sensors, cameras, ultrasonic sensors, GPS modules, allowing it to explore and interact with its environment.

Also, the CyberDog supports voice control. For this, the robot has six microphones.