Xiaomi announced in the middle of last month that the high-end flagship Xiaomi Mi Notebook Pro X will be released in June. Today, we got some interesting news concerning this product.

Xiaomi also released a video that discloses not only its appearance but also its key features. The official also announced that the Mi Notebook Pro X is equipped with the Intel Core 11-generation high-performance mobile version of the H35 processor, which “brings a 45W leapfrog performance release.” 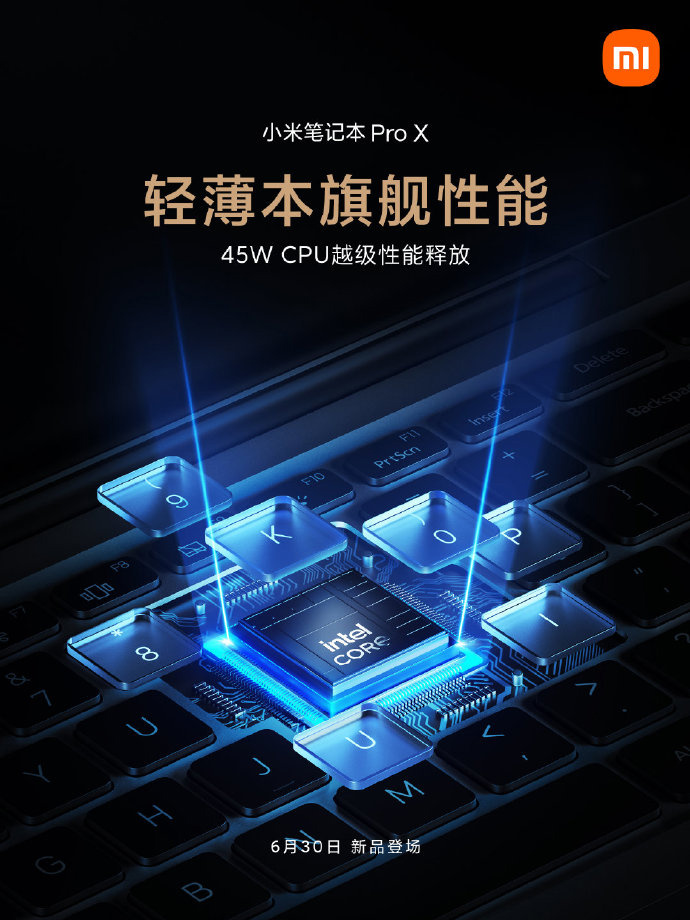 At this year’s CES 2021 exhibition, Intel updated its 11-generation standard mobile processor product line, including the 35W series and the 45W series. The 11th generation standard pressure processor has finally been upgraded to the 10nm process. Three models of the H35 series have been released, namely:

Only the i7-11375H’s turbo frequency can reach 5.0GHz, and the other two turbo frequencies are only 4.4GHz and 4.8GHz. This series of processors supports PCIe 4.0 technology and can be directly connected to the CPU to provide higher bandwidth for the independent display. At the same time, it also joins the latest Wi-Fi 6E technology to experience faster Internet speed.

At the same time, the notebook will sport the NVIDIA GeForce RTX 3050Ti GPU. It brings a flagship-level gaming performance to ultrabooks. The running speed of RTX 3050 Ti is about twice that of the previous generation product. At 1080P resolution, popular games such as Light Chase and DLSS “Minecraft” RTX version and “Call of Duty: Black Ops CW” can achieve 60FPS stable performance. 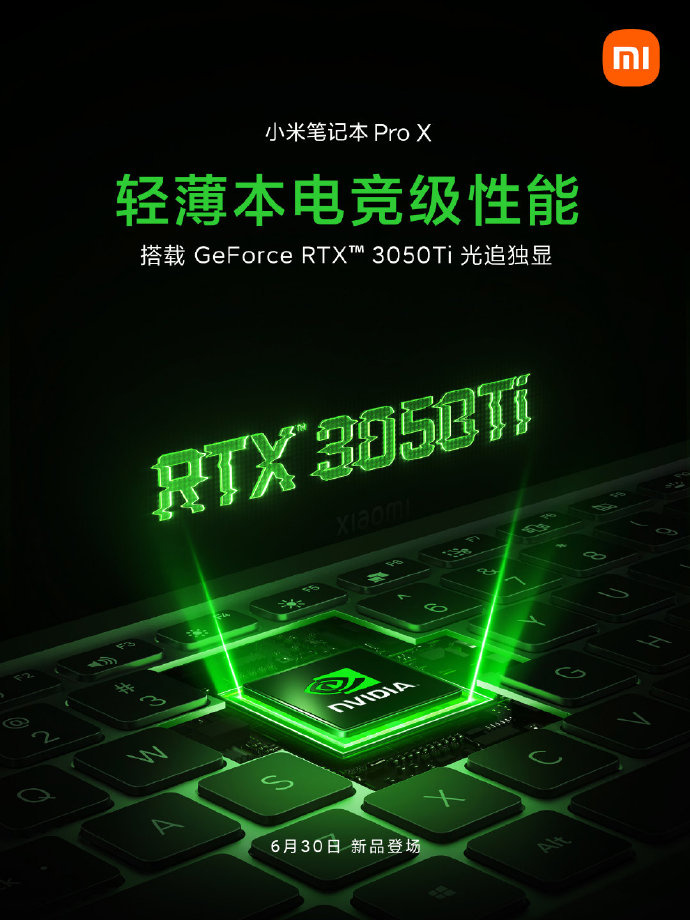 Plus, we will get a flagship memory LPDDR4X at a frequency of up to 4266MHz. LPDDR memory is a RAM specially designed for mobile models to ensure performance while also having larger battery life. 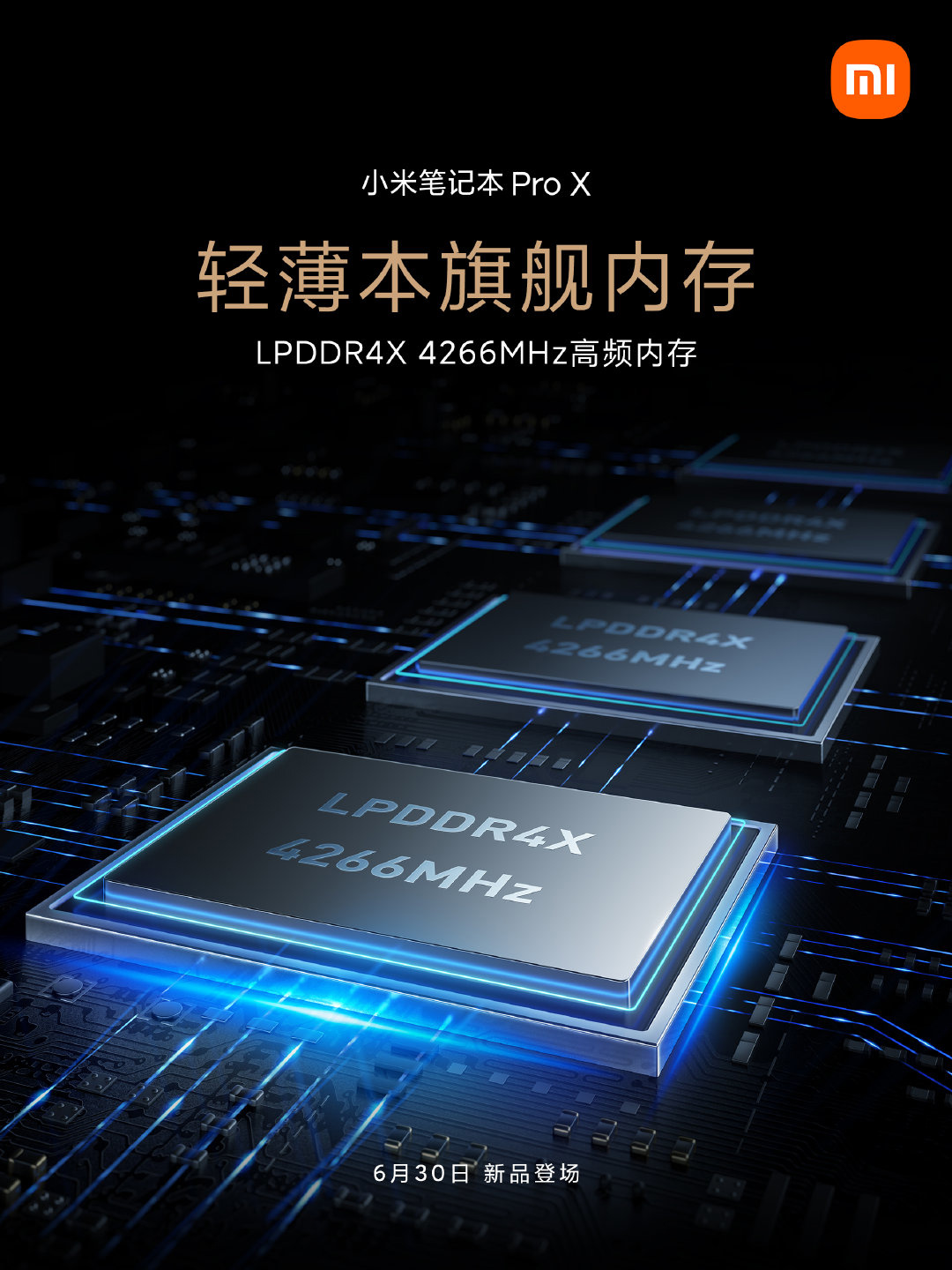 PC systems using LPDDR3, LPDDR4, and LPDDR4x generally can be designed with a smaller size, and have a smaller number of memory particles to achieve high-capacity memory, plus a shorter internal connection circuit. So it is better than ordinary SO-DIMM. The DDR4 system has lower power and saves more power overall.

Compared with SO-DIMM memory, the speed of LPDDR memory is increased to 4267MT/s than the common 3200MT/s DDR4 memory. And because a single package can be up to 12GB, it operates in dual-channel mode, which provides a shorter data transmission distance and reduces data transmission delay, power consumption, and performance are also guaranteed. 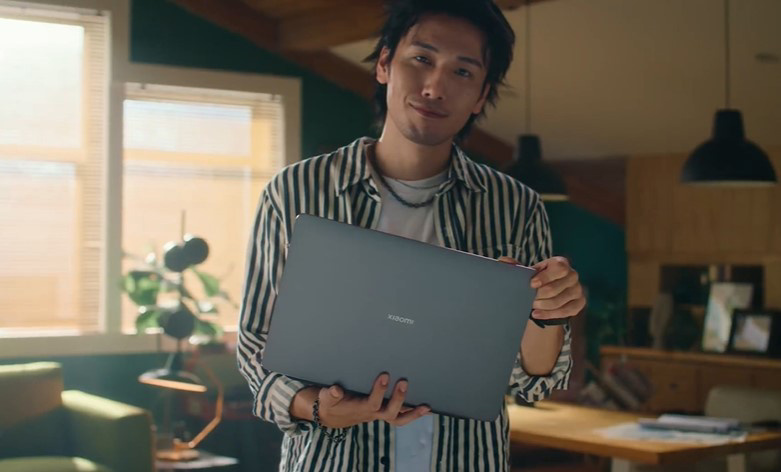 The official poster previously released also showed that the notebook has USB-A, Thunderbolt and HDMI ports.

The Mi Notebook Pro X will be officially released on June 30.