Affected by the epidemic last year, the tablet computer category, which has encountered bottlenecks in its development in recent years, has ushered in new opportunities in the face of the demand for online courses and online office. As one of the “veteran” manufacturers in this field, Xiaomi still has not given up on the tablet market, and will come back this year. So that’s logical we are getting more and more news concerning the Xiaomi Mi Pad 5 recently. Today is no exception. 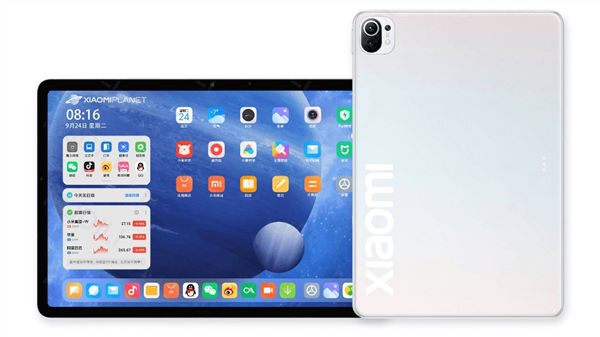 The new Xiaomi Mi Pad 5 series will provide at least two versions of Mi Pad 5 and Mi Pad 5 Pro. They will come with the Snapdragon 870 and the MediaTek flagship Dimensity 1200 processors, respectively.

Recently, a Weibo blogger released the latest news that the series will launch a total of three models. They ought to come with Qualcomm processors, namely Snapdragon 870, Snapdragon 860 and Snapdragon 7 series chips.

Among them, the Snapdragon 860 has not yet been listed in China. The chip is an enhanced version of the previous Snapdragon 855 Plus. It is built with a 7nm process and the CPU clocked at 2.96GHz. Also, thus chip adopts a 1+3+4 three-cluster architecture. The main core is the Kryo 485, and it has brought new improvements in 5G, memory, etc.

In other aspects, in addition to the different processors, the three models of the new Xiaomi Mi Pad 5 series are also divided into LCD and OLED screens. They have a resolution of 2560*1600 and will support 120Hz refresh rate and 240Hz touch sampling rate. It also supports 4096-level touch and In-Cell active pen technology, which can bring more delicate and smooth display effects to large-screen devices. In addition, the machine will have a built-in 4260mAh dual-cell battery (equivalent to 8720mAh).

The new Xiaomi Mi Pad 5 series will be expected to meet with you in July this year. The top version is positioned as the flagship high-end product competing with rivals such as the iPad and Huawei Mate Pad Pro. The standard version of Mi Pad 5 is a cost-effective tablet. The starting price is expected to be set within 3,000 yuan ($466).