The Oukitel WP5 smartphone is a ruggedized smartphone that will delight users who practice outdoor activities or who for labor reasons need a robust terminal in any circumstance. This new WP5 from Oukitel has among others a large capacity battery of 8000mAh that ensures several days of autonomy of intense use. Thanks to its IP68 certification, it is equipped with protection against bumps, drops, dust and water, as well as glass with Corning Gorilla Glass protection . It is available on promotion at Gearbest. So if you are looking for a terminal that meets all these premises, perhaps the Oukitel WP5 is the smartphone you are looking for. Next we will see the rest of the features and specifications in addition to a fairly explanatory video where we can see that the Oukitel WP5 can be used to break. 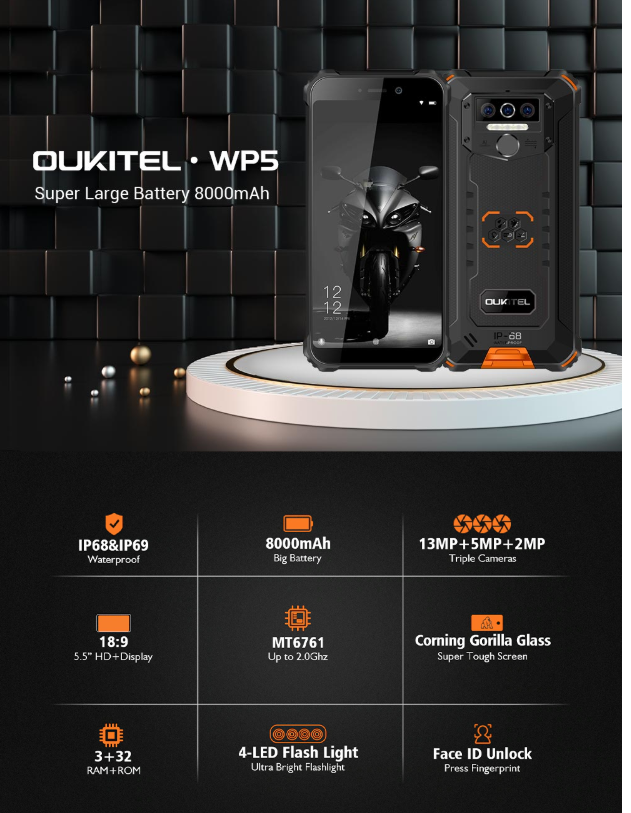 A smartphone in a protected case is useful in a variety of situations – from work on a construction site to extreme relaxation. At the same time, the “armored” gadget does not necessarily fly into a round sum – the Oukitel model range is not only resistant to external influences, but also at an affordable price. The new Oukitel WP5 4G is equipped with a triple camera, a capacious battery, a face unlock function and at the same time will cost the owner less than $ 100. 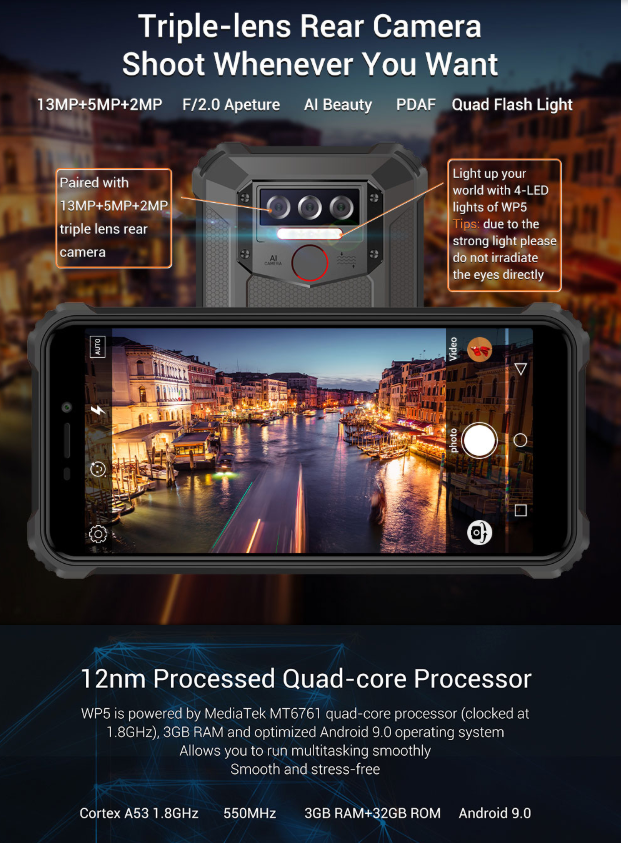 The compact novelty received a 5.5-inch display with HD + resolution and an aspect ratio of 18: 9, covered with tempered Gorilla Glass. The case of the model is not only protected from water and dust according to the IP68 standard, but also reinforced along the edges with special inserts that increase the survivability of the device in the event of a fall. The smartphone is built on the basis of a quad-core processor MediaTek Helio A22 with a clock frequency of 2.0 GHz with support for 3 GB of RAM. The performance of this iron is enough for most everyday tasks – from communicating in instant messengers to watching movies. 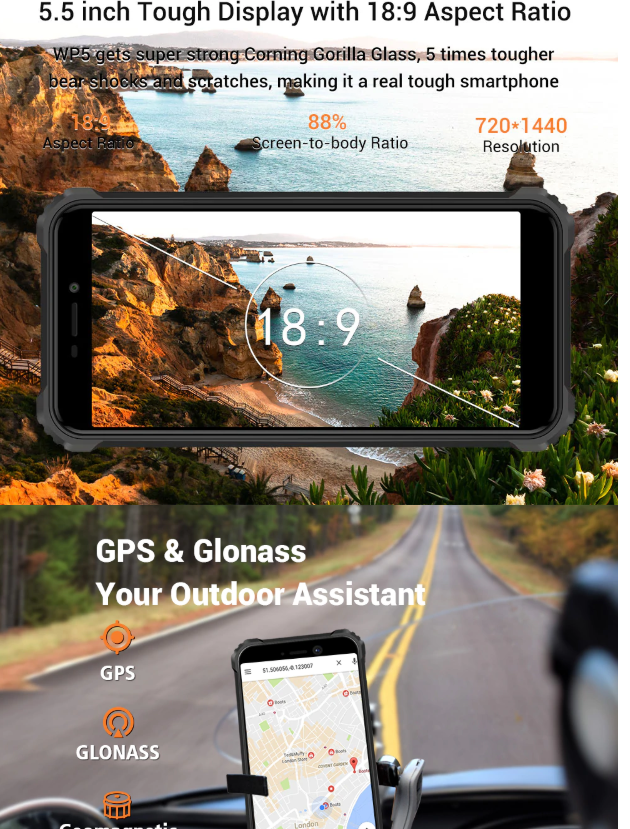 One of the main features of the gadget is a “long-playing” battery with a capacity of 8000 mAh. According to the manufacturer, on one charge, the device can play online video up to 12 hours in a row, and in the audio player mode it will last up to 43 hours with continuous playback. Another useful feature of the device is a triple camera with 13, 5 and 2 megapixel sensors, equipped with a powerful flash of four LEDs. The front module can be used to unlock the smartphone as an alternative to the fingerprint scanner.

to unlock the smartphone as an alternative to the fingerprint scanner. 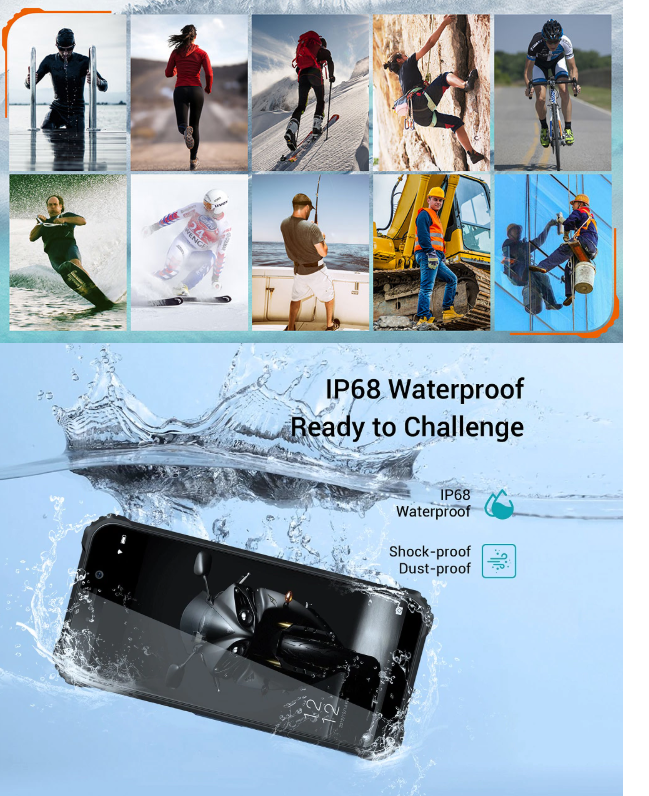 Where to buy the OUKITEL WP5 4G Smartphone

The OUKITEL WP5 4G Smartphone is available on Gearbest for just $98.99