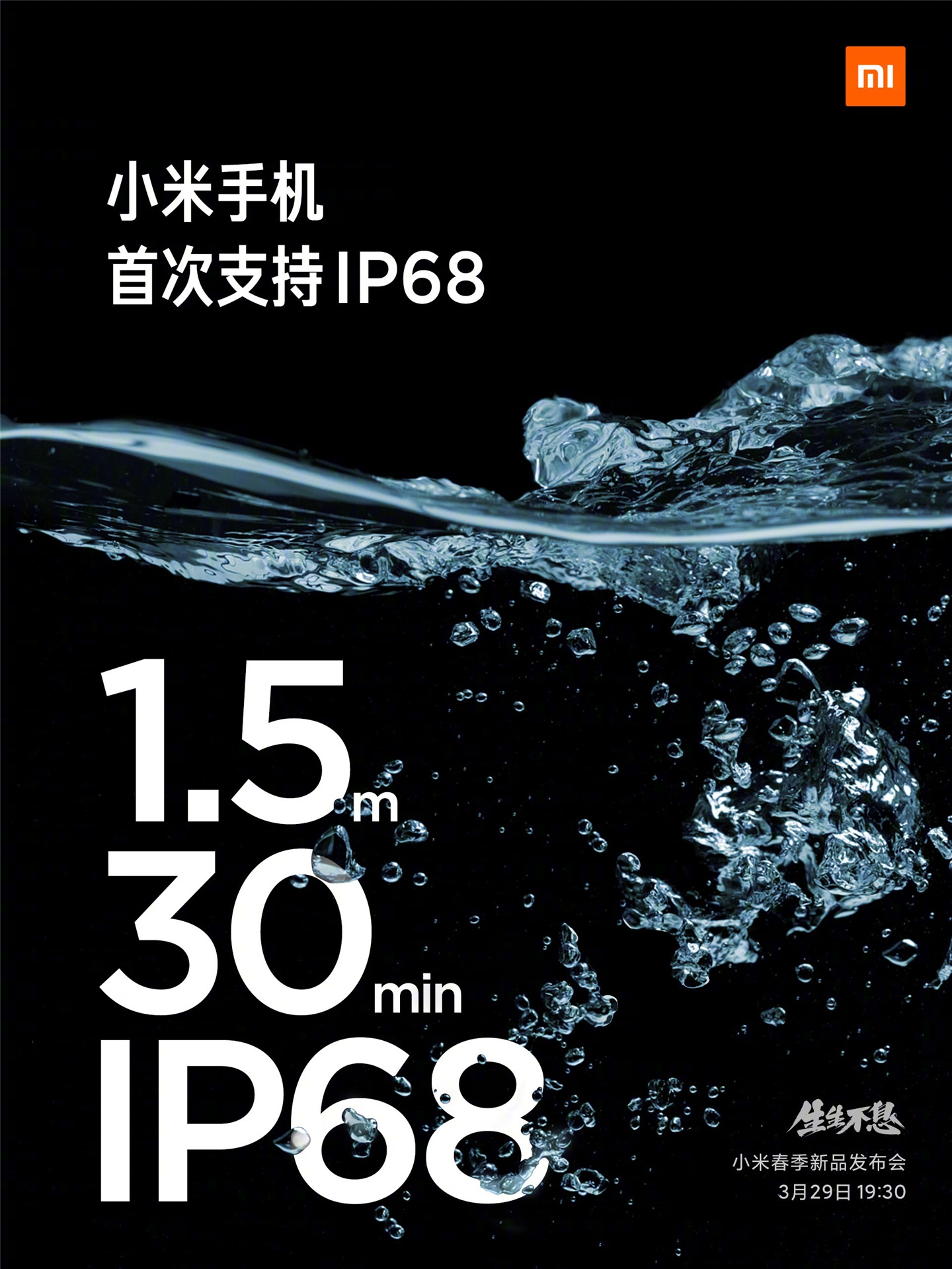 Xiaomi will hold a spring new product launch conference on March 29. At the conference, it will release the Xiaomi Mi 11 Pro / Ultra and other phones, as well as a series of other products.

The company did not disclose the protection level of the Mi 11 Pro. But there was news that the machine is also IP68 dustproof and waterproof.

The Xiaomi Mi 11 Ultra sports a Snapdragon 888 processor and comes with 12GB of memory. In addition, this is the first smartphone featuring the Samsung ISOCELL GN2 CMOS, with a 1/1.12″ inch ultra-outsole.

The machine will use many new technologies, such as: