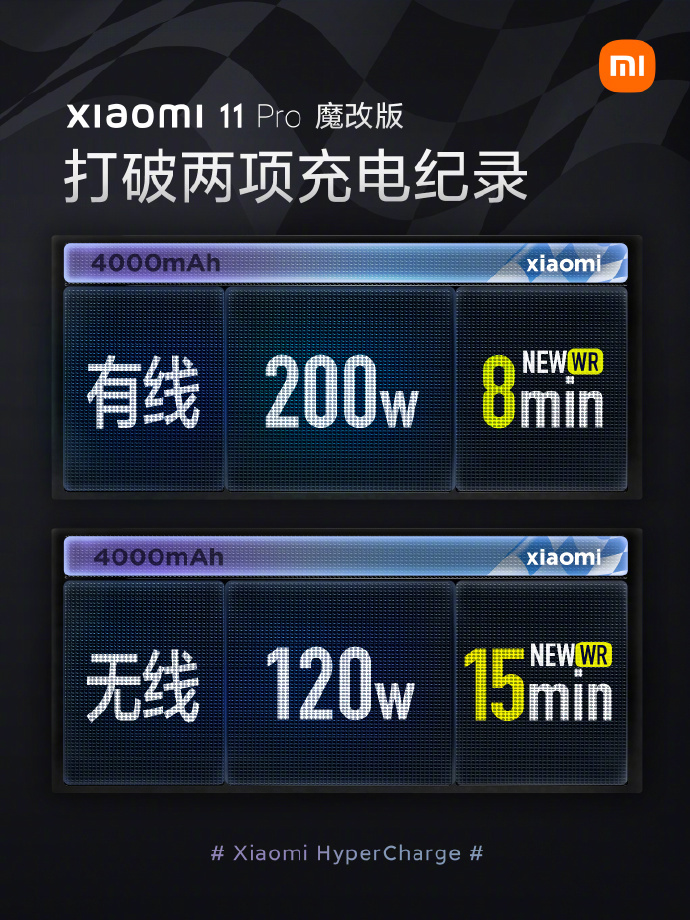 The wired charging architecture of the Xiaomi 11 Pro is changed to three charge pumps with a conversion efficiency of 98.6% in parallel charging, which greatly increases the charging speed, and the heat generation is close to that of ordinary charging. At the same time, it also supports 34 layers of safe charging protection measures, so that the Mi 11 Pro Magic Revised version can be charged quickly and stably. The modified version of Mi 11 Pro 120W wireless charging breaks through the limitations of the traditional architecture and customizes the 30V wireless charging chip. This customized chip adopts advanced technology and design methods to comprehensively improve the switching characteristics and conduction characteristics of the device.

The modified version of the Mi 11 Pro battery is replaced by a 5000mAh single-cell battery with silicon-oxygen anode and a 4000mAh 10C graphene super fast charge battery. The internal resistance of the battery is greatly reduced by connecting two batteries in series, increasing the charging speed and lowering the charging temperature.

The current Xiaomi mass-produced models have wired charging up to 120W and wireless charging up to 67W. Xiaomi has not announced the mass production time of this fast charging.