A few days ago, some users revealed that Xiaomi will release a series of mobile phones with a model of “Xiaomi Mi 11T” globally in September. Plus, they said that the phone will also be launched in the domestic market simultaneously.

Today, some other users exposed the rendering and parameters of the suspected Xiaomi Mi 11T series, which shows that the front of the phone will be using an ultra-small punch-hole straight screen. As for the back, it will use a matrix-type quad-camera solution. The overall look seems to correspond to the Chinese Redmi models.

The high-end version of the Mi 11T Pro is very similar to the Mi MIX 4. Under the hood, it will sport a Snapdragon 888 chip, a built-in 5000mAh battery, and it will also support a 120W super-fast charging. As for the screen, the phone will sport a 120Hz high-refresh rate OLED panel. 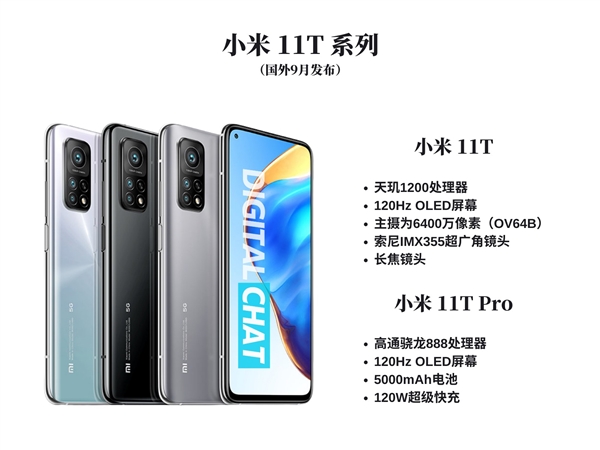 We should note that the previous generation of the Mi 10T models sport a 144Hz LCD screen.

The Xiaomi Mi 11T series has already managed to be certified in Indonesia. Its model number is 21081111RG. Its code name is Amber. The standard version will use a 20:9 ratio display, the rear main camera of 64MP (the model is OmniVision OV64B), and there will also be a Sony IMX355 ultra-wide-angle lens and a telephoto lens.