Xiaomi recently officially released a new generation of the MIX 4. This machine not only comes with an under-screen front camera, but also realizes further exploration on a true full screen. At the same time, it also returns to 120W wired fast charging + 50W wireless fast charging.

Xiaomi’s 120W wireless fast charging debuted on the Xiaomi Mi 10 Ultra. It is still one of the fastest charging specifications in the mobile phone industry. However, this year’s Xiaomi Mi 11 Ultra has cancelled this configuration, which caused many think Xiaomi will pause super-fast charging project.

The emergence of Xiaomi MIX 4 makes us think not everything is lost. Through the comparison of these two top flagships, you can clearly see the product plan of Xiaomi. The Mi series focuses on the bucket experience of ordinary users (top performance + screen + camera), while the MIX focuses on the exploration of black technology, achieving breakthroughs in full screen, material, and fast charging.

So this makes us look forward to the next generation of MIX 5.The current 200W wired fast charging of mobile phones has been planned in advance, and mass production is expected to be realized next year. 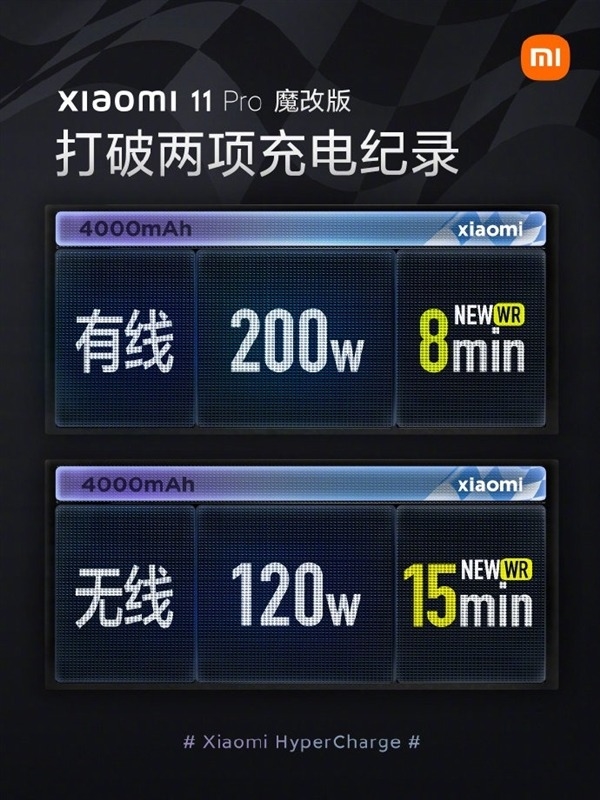 Xiaomi has previously disclosed a 200W wired fast charging solution. Combined with the technical positioning of the MIX series, then this super-fast charging technology will most likely debut with the Xiaomi MIX 5.

Xiaomi officially announced the Mi 11 Pro magic revision in May of this year, breaking two world records for fast charging in one fell swoop. Among them, the wired charging power has reached 200W, and it only takes 8 minutes to charge 100%, bringing wired charging into the 10-minute era for the first time. At the same time, it also achieves a 120W ultra-fast wireless flash charging, which can charge 100% in 15 minutes.

But it should be noted that since the wireless charging limit of 50W policy seems to have begun to take effect, the Xiaomi MIX 5 may not realize 120W wireless fast charging.