We are living in a generation where instead of carrying a separate camera everywhere, we have access to a remarkable camera right in our pockets. Cameras on smartphones have improved by a huge margin over the years. Modern smartphones have eliminated the need for a point-and-shoot camera. They come very close to what a DSLR or a mirror-less camera can capture in terms of colors as well as details. While you can find several phones with the best camera hardware for multiple scenarios. One thing that differs between those phones is the software responsible for processing the captured images. Every OEM employs an image processing pipeline that’s unique to their camera app and this processing can either make or break the deal. For a very large part, most users do not have to explore camera apps beyond the stock camera app that comes pre-installed on their phone.

Nowadays, many people rely on their smartphones as a primary device to capture videos and photos. All smartphones come with a pre-installed camera application. However, the default camera doesn’t always help you to obtain the best kind of pictures. Thankfully, there are a lot of camera applications in the Play Store which carries the ultimate photography features and gives to give you the shots you desire. So, we have hand-picked a list of 11 best camera apps for Xiaomi phones that are available for free in the Play Store.

Camera FV-5 Lite brings DSLR manual photography controls to Android. The app is primarily designed for photography enthusiast and professionals. It provides you with full control over ISO, light-metering focus, white balance, shutter speed, etc. The app is highly-featured and comes with an intuitive interface which is very easy to handle. 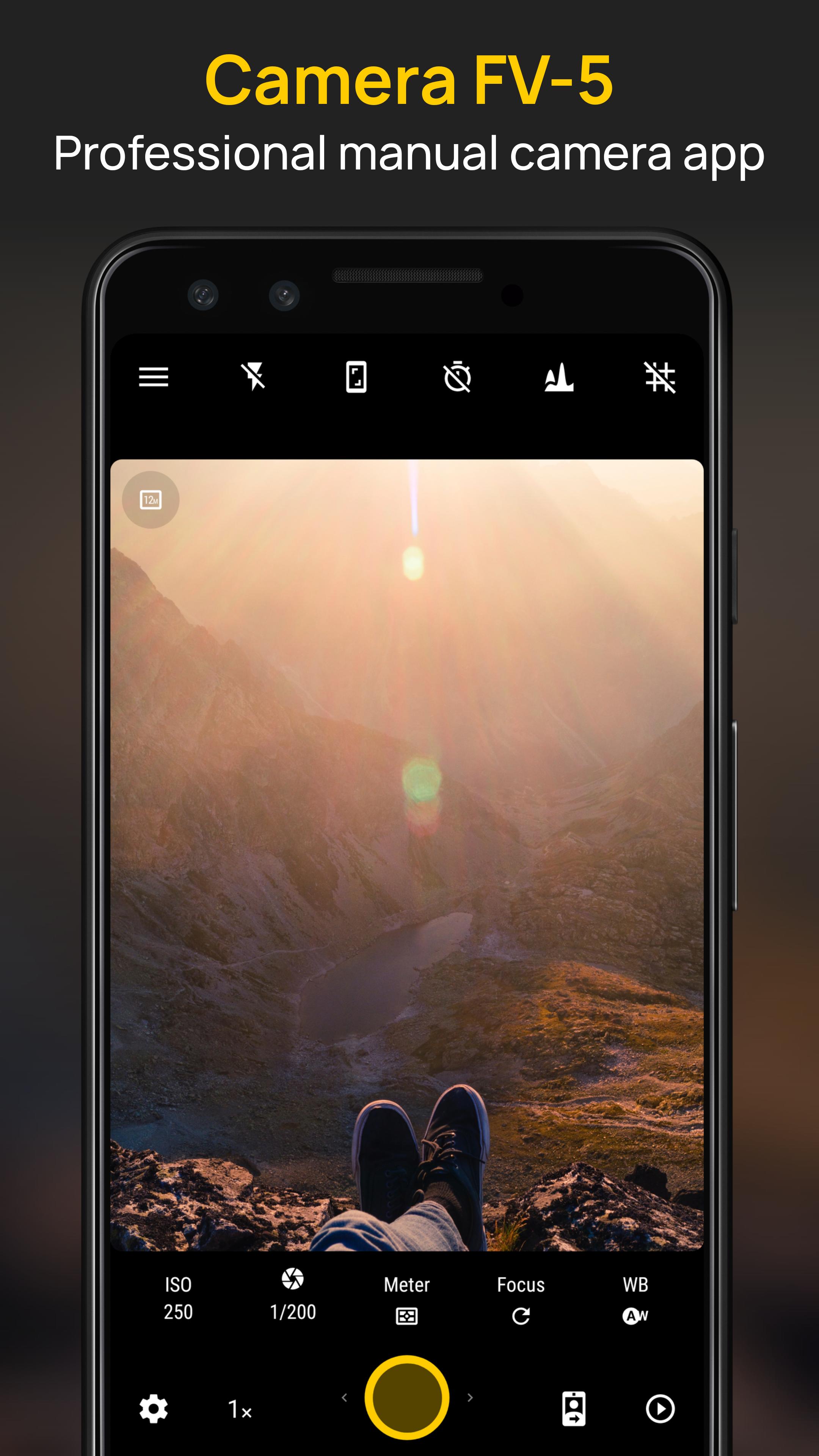 It has a lite version and a pro version, the lite version is free but comes with fewer features than the professional version. Overall, Camera FV-5  Lite is one of the best Android camera apps that give the user complete control over all the necessary features of photography.

Camera MX is a full-featured camera app that offers plenty of options for taking pictures. It gives you complete control of resolution and provides clear visuals that ensure sharp images. With Camera MX you can create animated photos and videos and add tons of effects, filters, frames, etc. for creative image editing. Camera FV-5 is an app that provides some powerful tools to capture photos just the way you want to. The reason we chose the lite version of the app is it’s free of charge. So it’s a nice way to try out the app. If you like the way it works, you can always get the full version to unlock the complete set of features. 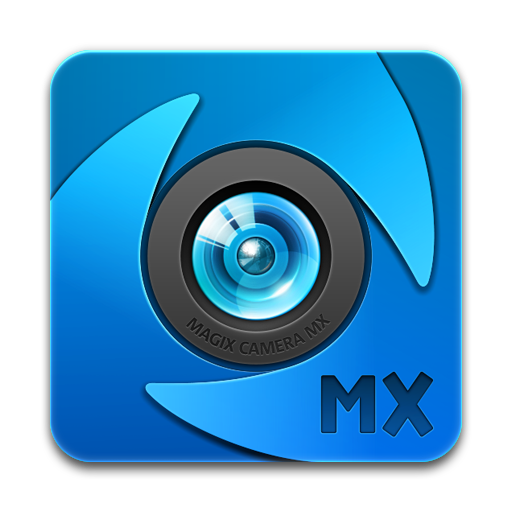 Camera FV-5 offers a full range of manual controls which you may be familiar with if you’ve used a professional camera. From exposure to focus distance and shutter speed, you get complete control over the images you’re clicking. You can shoot in RAW as well using this app and you also have the option to display a histogram in the viewfinder which can be handy. Its top features include live shots, GIF, Gallery and the ‘Shoot The Past’ feature option. There you can select the perfect moment for the photo even after taking the picture. Overall, Camera MX is an excellent camera app which is available for free is the Play Store and is compatible with Android 2.3 and higher.

Open Camera is a light-weight, fully-featured camera application for Android phones and tablets. Open Camera is a free and simple app that can be used to take photos and shoot videos using your smartphone. If you want extra control over the photographs you click, and you want to experiment with manual settings, Open Camera is a good app to start with. The app is open source and comes with all the necessary camera features. It has support for focus modes, scene modes, auto-stabilizer, HD video recording, handy remote controls, configurable volume keys, geotagging of photos and videos, support for an external microphone, HDR, dynamic range optimization mode, small file size, etc. Moreover, the GUI can efficiently optimize for left or right-handed users. 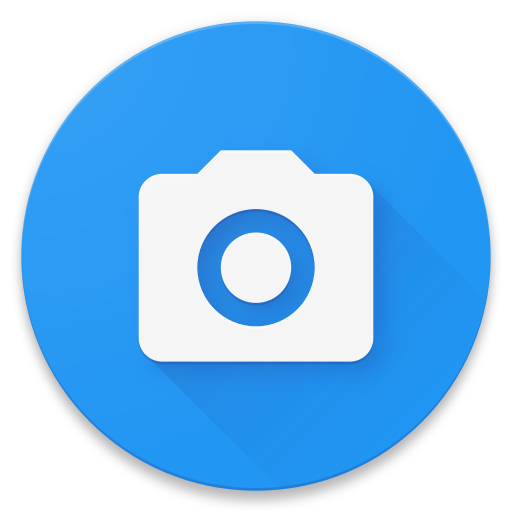 You also get some nifty features like an alignment blip that makes sure your photos are straight, noise reduction in low-light. It also have the ability to take photos by saying some catchphrases like cheese or by making a specific sound. The UI is straightforward and there are no ads in the app. With all these fantastic features, Open Camera is no doubt one of the best free Android camera apps that is worth a try.

This one is from back in the day when default camera apps on most smartphones used to be barebones . And you needed an app that could capture good selfies with colorful filters. It comes with a bunch of filters and beauty functions that includes makeup tools, face slimming effects, stickers, etc. Candy Camera is mainly for selfies. Its specifically for those who love posting their pictures onto Instagram or other social media apps. In short, it is the best camera for selfies. 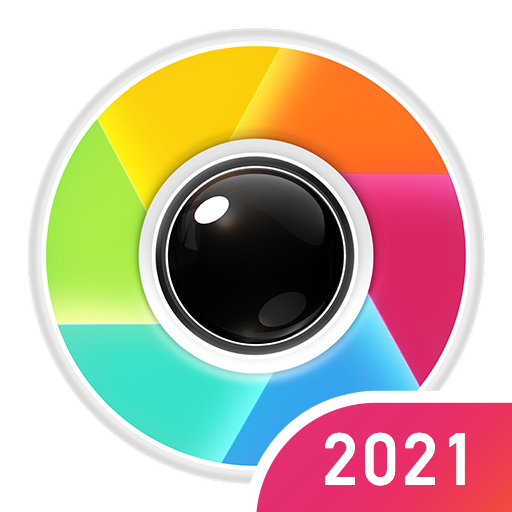 You can also take silent selfies and snapshots, and make a collage of multiple photos. It is not the desired app for a serious photographer. However, it can be enough to satisfy a selfie lover. It is available for free and contains ads.

While most social media apps have their own set of filters nowadays, Candy Camera has a good selection too. And a few years back was the go-to camera app for taking nice-looking selfies alongside Retrica, another app that the OGs would know.

Get Candy Camera From Here.

Looking at the name, you probably realize the emphasis of this app is on clicking pictures silently without a shutter sound. While most camera apps, including your default one, may already have the ability to disable the shutter sound. Some phones don’t come with that option, or it may not be available in certain regions around the world. 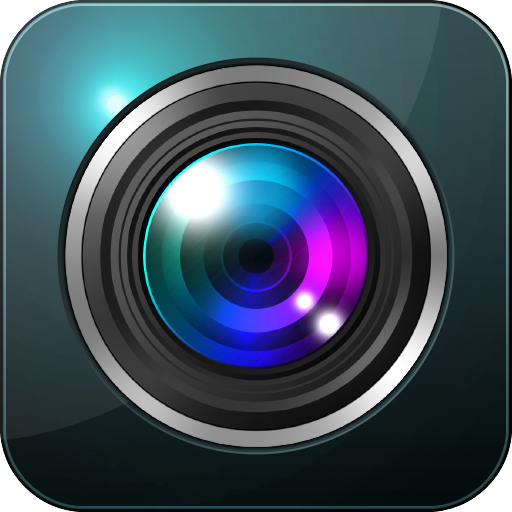 Along with silencing your shutter sound, Silent Camera also provides a good set of additional features like the ability to take 40 images in a second using the burst mode and also some effects and filters built into the app. One caveat with this app though is it displays ads in the camera UI which can put some people off.

If you’re looking for a reliable alternative to your stock camera app for both photos and videos, Footej Camera 2 might be a good option for you. There are various aspect ratios and resolutions to choose from, along with Auto-HDR capabilities. There’s support for Live Photos as well, similar to the iPhone or the motion-enabled photos taken by Google Camera. Footej camera is one of the newest camera application to hit the Play Store. It keeps things clean with an attractive UI and enables you to capture high-quality photos and videos.

As for videos, you can pause a video while recording and then resume from a different frame . You can merge the two clips together in real-time, and also convert small videos to GIFs. You also get multiple different effects built-in along with a photo editor as well to make some basic edits. This app utilizes Android’s camera 2 API for devices that support the API. And also gives you access to manual ISO, shutter speed control, animated GIF, slow-motion video recording, burst mode, RAW format, etc. Footej Camera also integrates a  built-in gallery. The app is free with in-app purchases.

Google’s Pixel line of smartphones has consistently been one of the best smartphones to shoot pictures and that’s primarily because of their computational photography prowess. Even with older hardware, Pixel smartphones produce incredible images thanks to the processing done by the Google Camera app. Google also introduced Night Sight a few years back and it has since then revolutionized low-light photography. 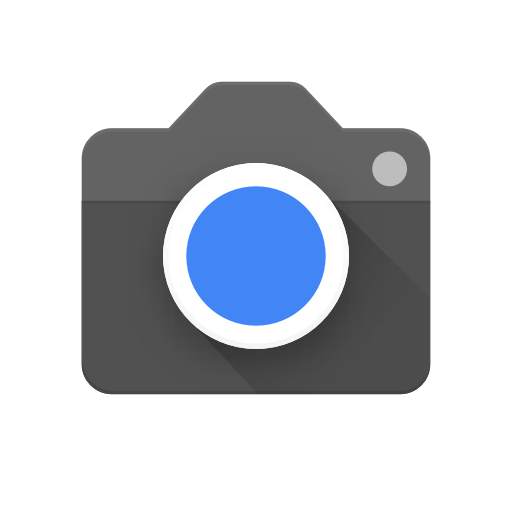 Both Night Sight and Portrait Mode on Google Camera are unmatched and the best part is you too can install a ported version of Google Camera on your existing smartphone and enjoy Pixel-like images. You can refer to our guide for the best Google Camera port for your phone and install it. Moreover you will surely be surprised by the results.

As the name would suggest, Simple Camera is probably the simplest app on this list both in terms of the UI as well as the features it has to offer. The UI looks clean and minimal and only displays the bare minimum options you would need to capture either a photo or video. There are no ads on the app which adds to the simple user experience. 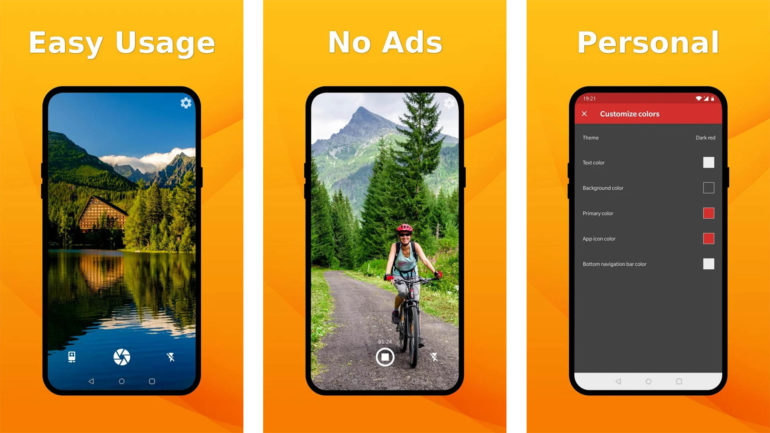 While this app doesn’t offer a lot of features, it’s simple to use and doesn’t have too many confusing options. If you’re handing a phone to someone who doesn’t have a lot of prior experience with smartphones, this camera app will surely give them a hassle-free experience.

Yet again, we’ve included a lite version of an app since it’s free, and if you like the features, you can go ahead and buy the full version. ProCam X – Lite offers some pro-level features like granular control over shutter speed, white balance, ISO, etc., and all the options you would expect from any manual camera app.

As for videos, you also get manual shooting options along with the option to select a custom bitrate and support for shooting of up to 4K. There’s an interval shots feature . The latter you can use to shoot stop motion videos or time-lapse videos straight from the app.

Bacon Camera is one of the only apps on the Play Store that offers full-fledged manual controls without the need for Camera2 API support. You get manual focus, ISO, white balance, live histogram, exposure bracket, GIF creation, and a lot of other features you can explore on the app. The UI is also simple and intuitive.

So, that is the list of  best camera apps for Xiaomi phones. These are some of the best camera apps you can use on your Android smartphone to either take better quality pictures or just improve the functionality of your camera to shoot GIFs or long exposure shots in low-light with manual controls. If the best image quality is what you’re aiming for, Google Camera is your best camera  bet. You just can’t go wrong with it, especially when shooting human subjects or when clicking pictures in extreme low-light conditions.

Which camera app do you use on your smartphone? Did we miss out on a camera app you found interesting and useful? Let us know in the comments below.