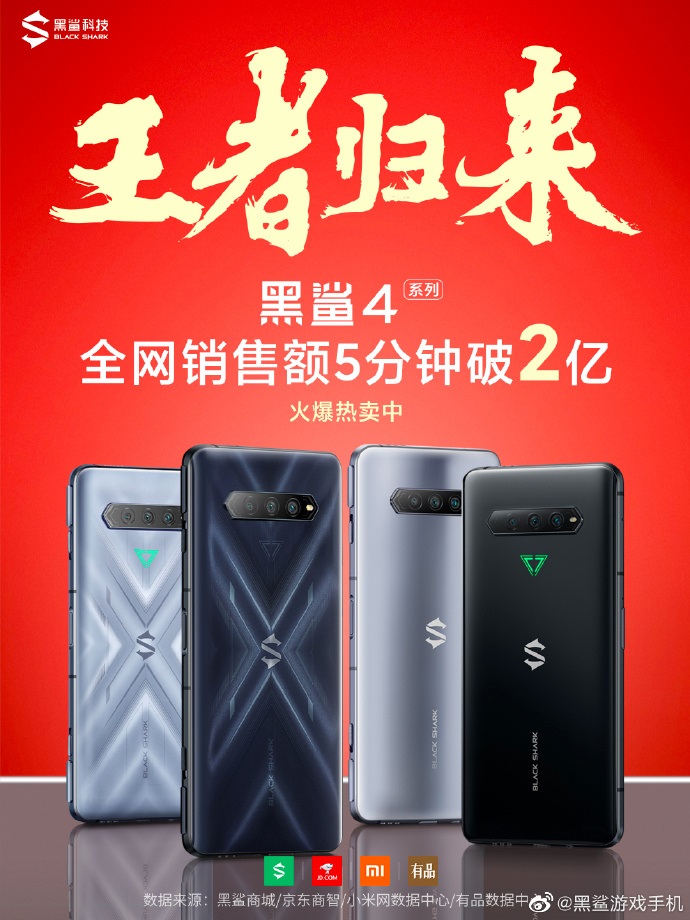 The Black Shark 4 series prices are as follows:

At the same time, Redmi also announced its sales report of the Redmi K40 series.

The brand claims that the Redmi K40 series has only been on sale for 23 days. But domestic sales have exceeded 1 million units.

This simply means whatever Xiaomi launches (even the brand doesn’t matter (Xiaomi, Redmi, Black Shark, Poco)), they become a bestseller immediately. But Xiaomi is not the only smartphone vendor that shows such results.

Why do those smartphone brands want to rush to the premium segment. Do they all want to become the second Huawei?

Manufacturers are not so jealous of Huawei’s low-end market, but they are jealous of the premium market. After all, the high-end market is the most profitable niche. So it’s logical that Xiaomi, OPPO, VIVO and OnePlus to take Huawei’s seat.