Today, Xiaomi promoted the Redmi K40 Game Enhanced Version again. This time, the company showed the antenna configuration information of this phone. According to the manufacturer, this gaming phone has an independent gaming antenna set, and a new set of dedicated WiFi antennas for e-sports. They ensure the stability of the game. In addition, it also has a mobile network antenna, two conventional WiFi antennas, a navigation antenna, etc. 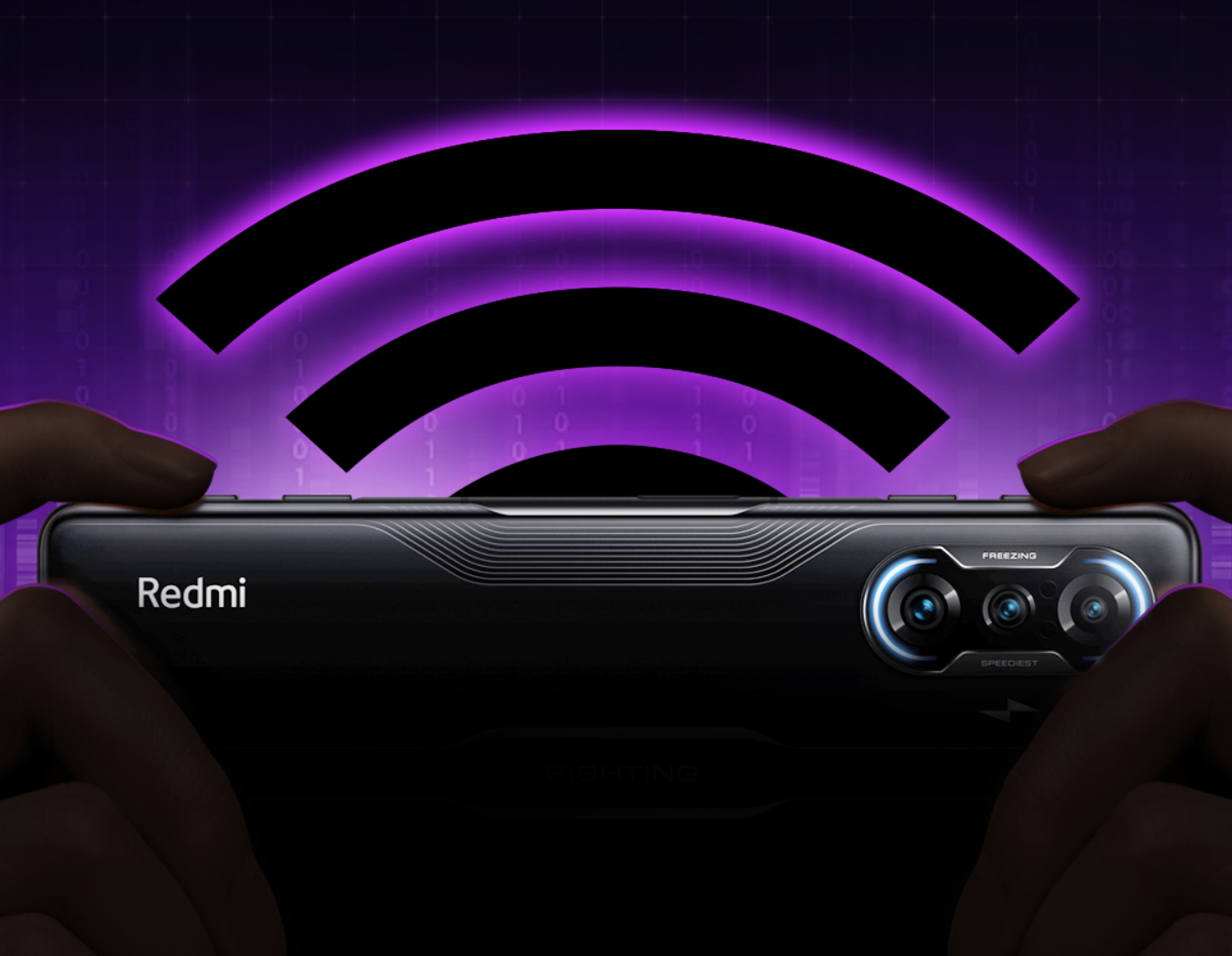 The Redmi K40 Game Enhanced Version has a total of 12 antennas. They ensure the mobile network and WiFi are re-arranged to the waist space. At the same time, the traditional vertical antennas on both sides remain unchanged. Also, they ensure the horizontal and vertical grips are not blocked. 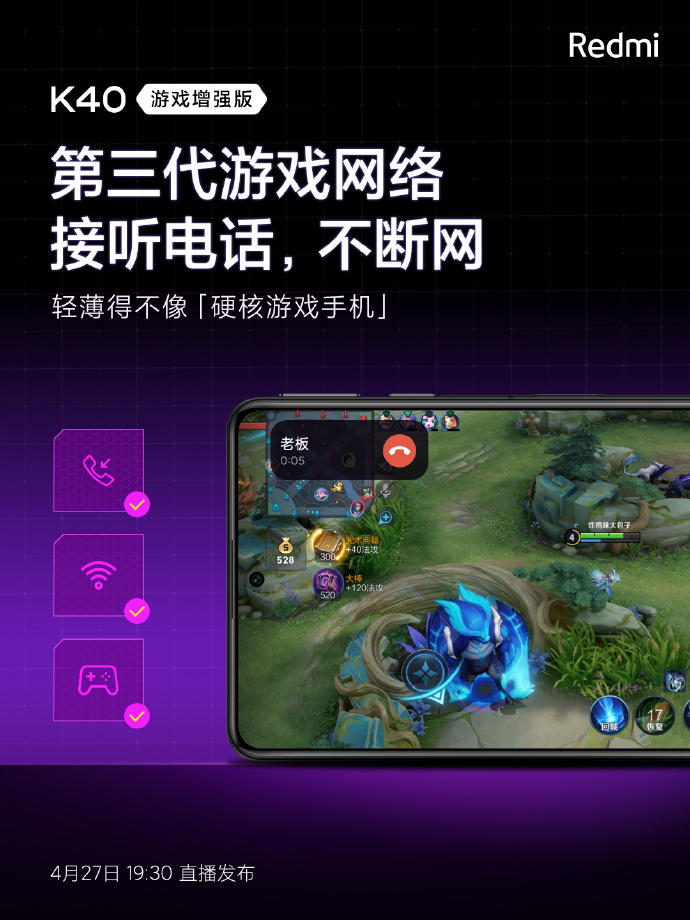 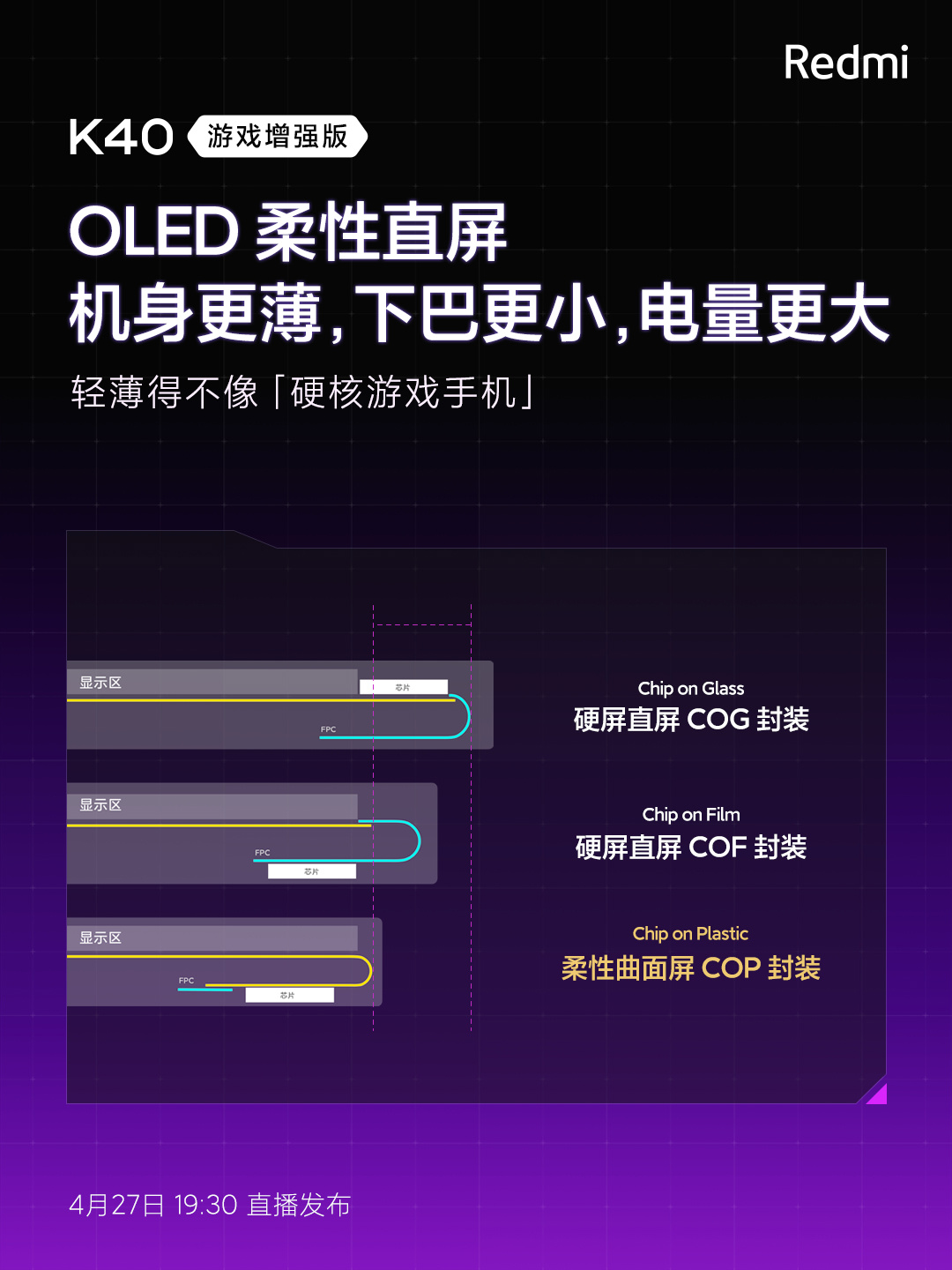 As we can see, this smartphone has dual upper and lower stereo speakers, and also, it has an X-axis linear motor. The SIM card slot of the phone is located at the bottom of the phone, and there is no 3.5mm headphone port. 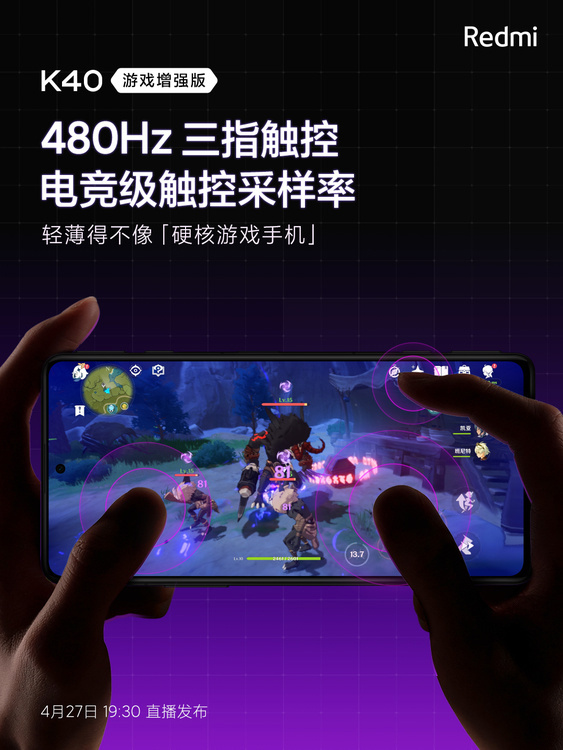 The Redmi K40 Gaming Enhanced Version comes with a MediaTek Dimensity 1200 processor, an AMOLED flexible straight screen with a refresh rate of 120Hz, and a three-finger touch sampling rate of 480Hz. In addition, the phone has two pop-up shoulder buttons. Also, it supports the 90fps high frame rate mode of ‘Honor of Kings’. 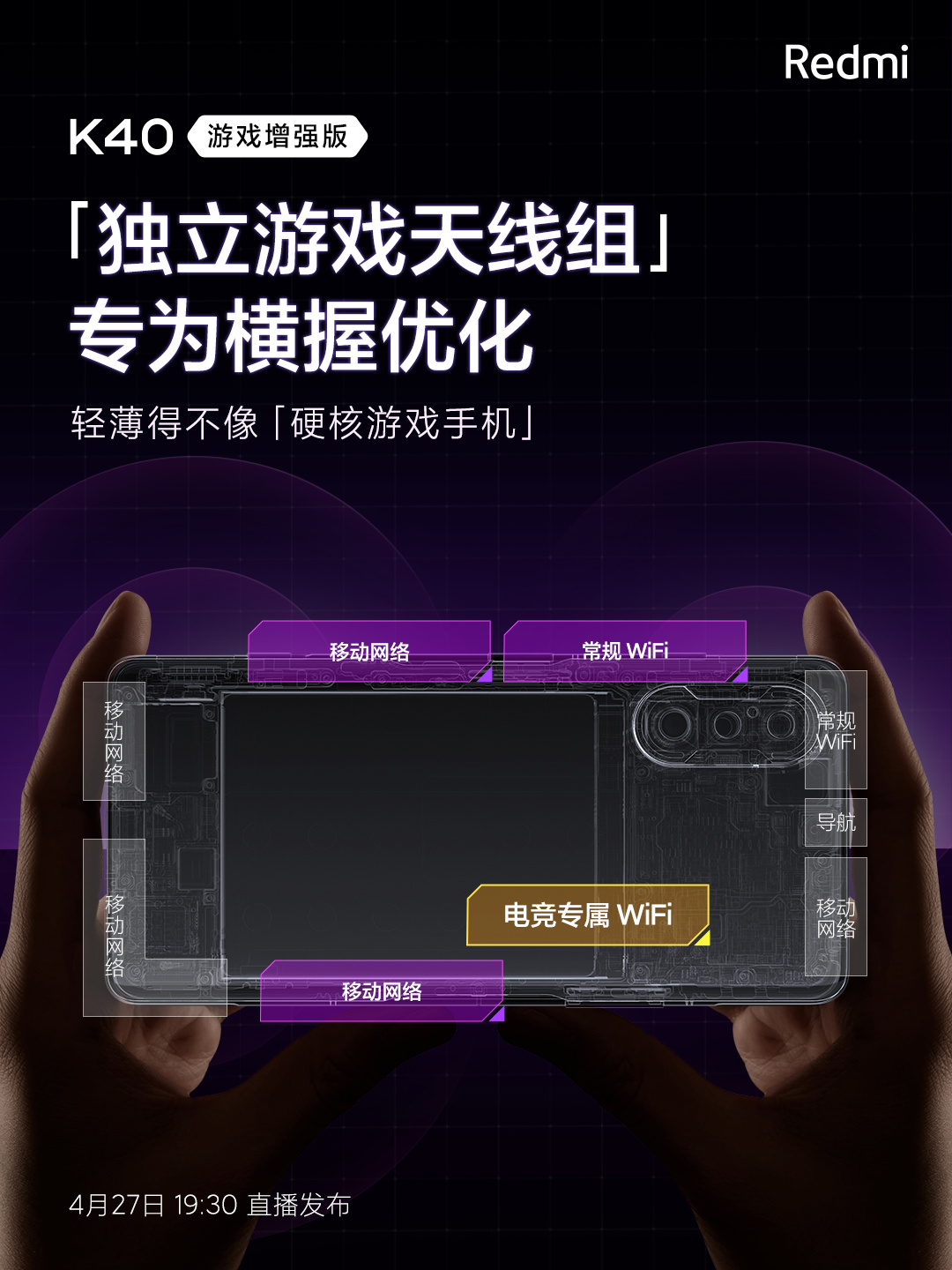 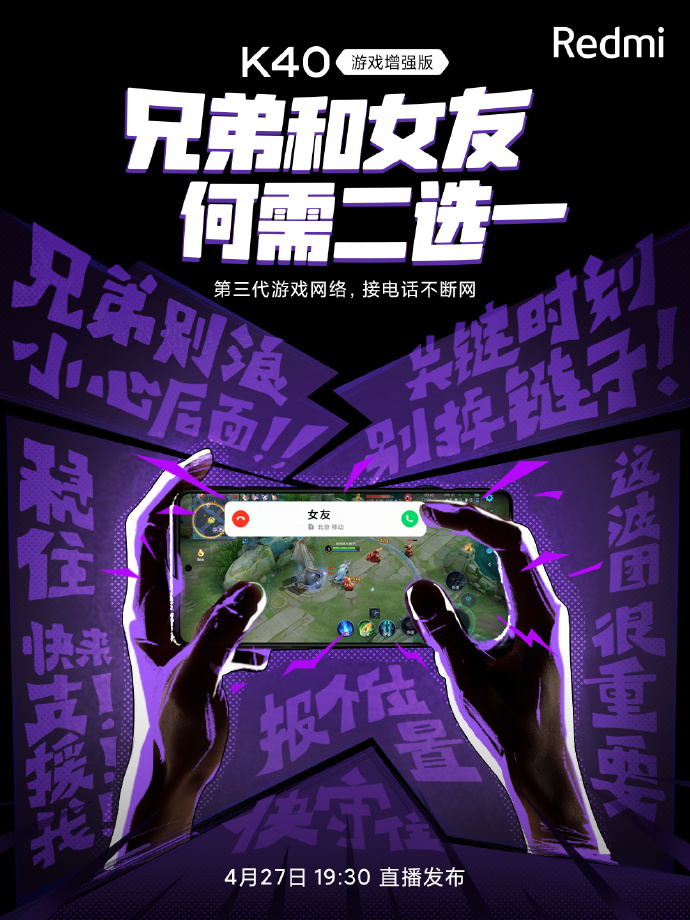 In addition, the flexible screen of the smartphone adopts the COP packaging method to achieve an ultra-narrow bezel, with a width of only 1.8mm on the left, right, and top sides, and a width of 2.7mm on the chin border. 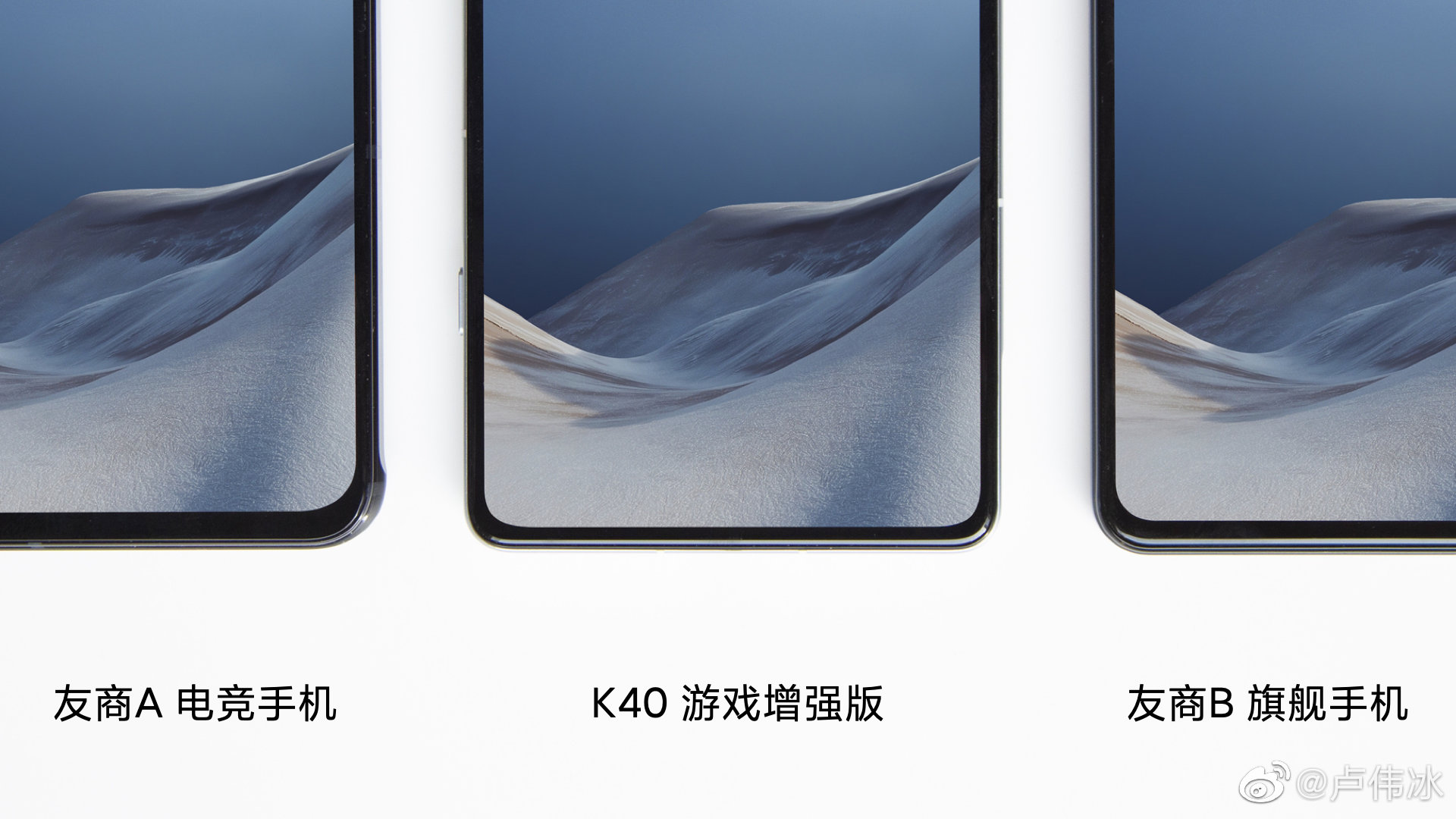 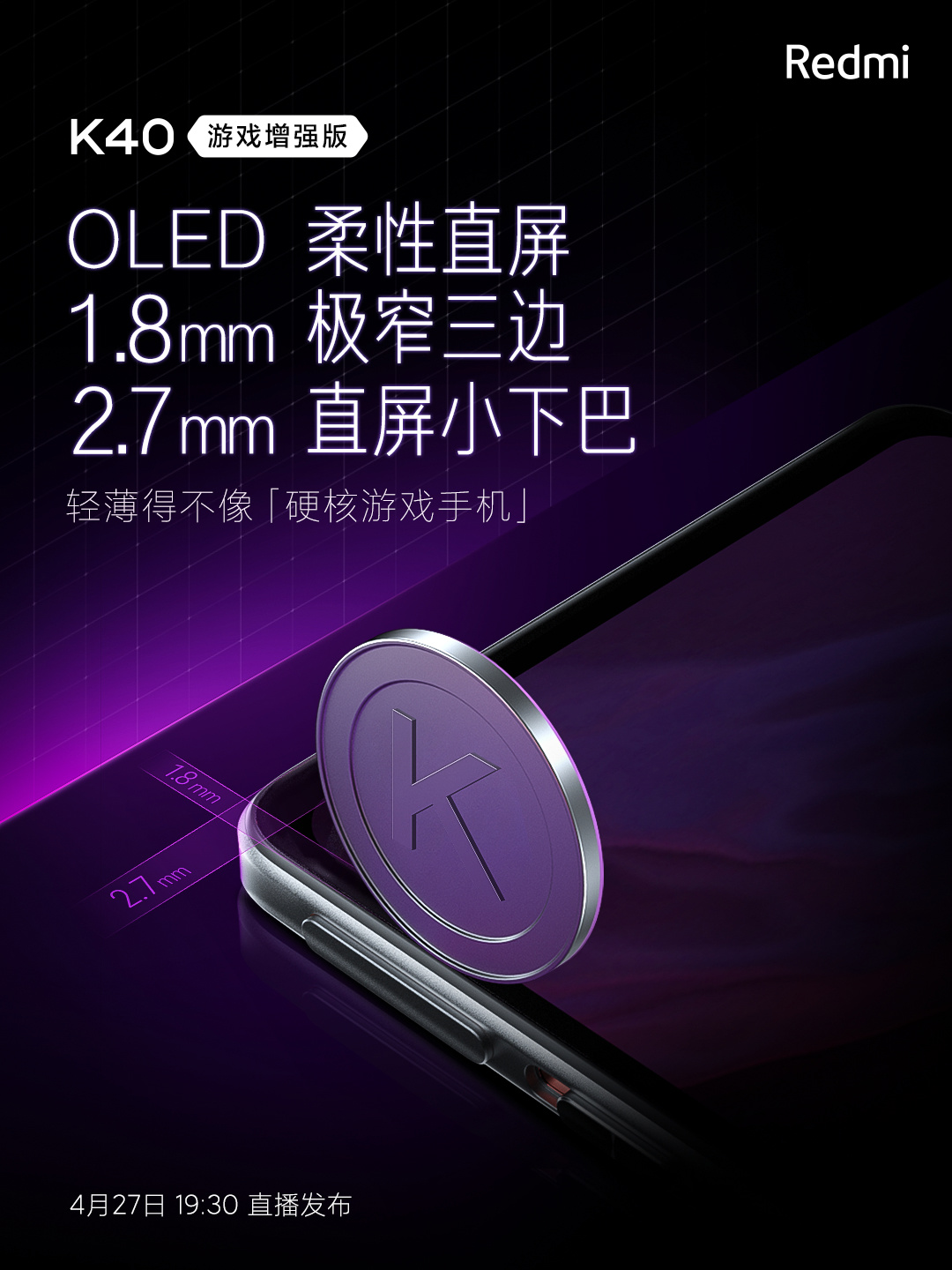 Lu Weibing also released a schematic diagram showing the frame width of the Redmi K40 Game Enhanced Version. This phone will hit the market on April 27.